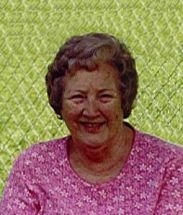 Arden - Margaret Branks Moody of Avalon Drive, died Saturday, November 15, 2003. A native of Henderson County, she was a daughter of the late George and Rosa Peahuff Shipman and was preceded in death by her husbands, Eugene Luther and Ike Branks. She is survived by her husband, Jerry Moody of Arden. She also was preceded in death by her brothers, Wafford and Walt Shipman and her sister Mary Brackett. Mrs. Moody was a loving mother and wife and a member of Arden Missionary Baptist Church. In addition to her husband, she is survived by a daughter, Judy B. Turner, and her husband Jerry, of Arden; son, Bill Luther, and his wife Dot, of Horse Shoe; step-children, Gary, Tammy, Robin, Jeania and JoAnna Moody, all of Ardmore, Oklahoma. She also is survived by her brothers, Cecil Shipman of Arden, Fred Shipman of Rutherfordton and Robert Shipman of California; sisters, Mary Bugg and Mae Redmond, both of Arden. Also surviving are seven grandchildren, Lisa Turner, Vicki Lawson, Dianne Courtney, Sue Huggins, Billy Wayne Luther, Brian Luther and Vanessa Ward; a grandchild of the heart, Trisha Stevens; eleven great-grand-children, Jeff Courtney, Melissa Bartlett, Cody and Mikayla Lawson, Monica, James and Keligh Luther, Selena, Jessica, Mark and Kimberly Huggins and three great-great-grand-children, Austin, Hayley and Nathaniel Bartlett. Graveside services will be held at 1:00 pm Tuesday at Shepherd Memorial Park conducted by the Rev. Cecil Robinson. Her family will receive friends at the cemetery following the graveside service and at other times will be at the home of her daughter, Judy Turner.