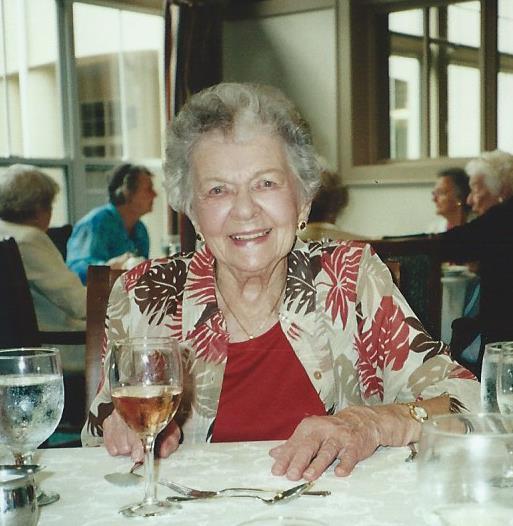 Margot Struve East, 93, passed away peacefully on March 8, 2017 at Deerfield Episcopal Retirement Community in Asheville. Born in Plauen, Germany on October 15, 1923, the daughter of Gertrude and Walter Struve came to the United States aboard an ocean liner at the age of 3 and resided in Mineola, NY. She was preceded in death by her husband, Donald, who died in 2006. Margot was employed by Emigrant Savings Bank in New York, NY. and First National Bank of New Jersey in Bernardsville, NJ. She began work as a clerk and retired as Vice President of Personnel. She was an active member of the Daughters of the King, Altar Guild, and the Food Pantry at Calvary Episcopal Church in Fletcher, NC. She is survived by two daughters, Debra Fajay of Marietta, GA, Cynthia Devlin of Houston, TX, one son, Russell East of The Woodlands, TX and 7 grandchildren. A celebration of her life will be held on March 13, 2017 at 2:00 pm at Calvary Episcopal Church, Fletcher with a reception following. In lieu of flowers, donations may be made to Calvary Episcopal Church. Groce Funeral Home at Lake Julian is assisting the family.