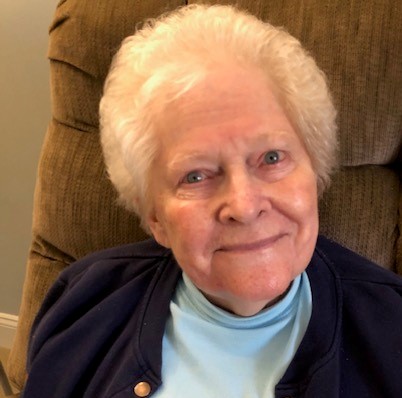 Rita was born on August 12, 1931 in New London, CT, to Commander Jens Krestensen and Disa A. Krestensen. Her dad’s service in the US Coast Guard meant moving often as a child. She grew up in California, Hawaii, Mississippi and Florida. She graduated high school at the age of 16 and went on to receive a degree in Sociology from Millsaps College and a degree in Anthropology from The University of Florida. She specialized in identification of native pottery, participating in archeological research in South and Central America as well as Cuba and the U.S. Her research was published in several anthropology journals.

She met her husband, Roger Lyda, in Miami and they married in Coral Gables, FL, in 1961. Shortly after, they moved to Asheville. She had careers as a Medical Technologist in the Histology Lab at Mission Hospital, Office Administrator of her husband’s engineering business, and as an Enrolled Agent Tax Preparer.

She was a long time active member of Grace Episcopal Church. She served as an acolyte and crucifer, and thoroughly enjoyed baking rum cakes for country store fundraisers. Actually, any excuse to bake a rum cake made her happy!

Due to dementia, the last several years Rita resided at Arbor Terrace Asheville. Many thanks to their compassionate staff for the wonderful care and love she received daily.

The family is also appreciative of the care she received the last few months through Four Seasons Hospice.

In addition to her parents, she was welcomed in Heaven by her husband, Roger; her brothers, Dr. James Krestensen, Dr. Elroy Krestensen, and Lloyd Krestensen; her grandsons, Jacob Lyda and Alex K. Taylor; nephews, Bruce and Mark; and niece, Susan.

She will forever be missed by sons, Steven, John (Amy), Michael (Kim), and daughter, Alisa Taylor (Eric). She was Grammy to Chloe, Sam, Keegan, Sadie, Kaleb, and Emory, and great-granddaughter, Riley. She also leaves behind several nieces and nephews and her extended family in Denmark.

Groce Funeral Home on Tunnel Rd. is assisting the family.