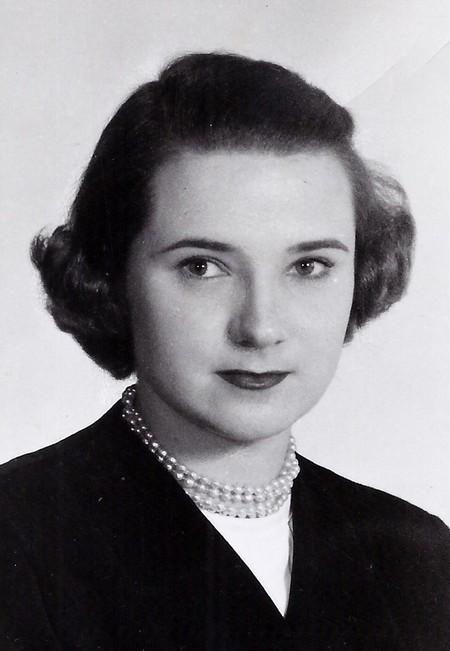 Marilyn Clair Mooney, 83, of Asheville, died Sunday, January 5, 2014 at the Laurels of Greentree Ridge, of which she was a long-time resident. A native of New York, NY, she was a daughter of the late John and Florence Thompson Mooney. Marilyn had worked for the FBI and later retired from American Airlines, which gave her the opportunity to travel the world. She is survived by one sister, Eleanor Mooney Benedict DaPrato of Asheville; one niece, Cathy Benedict Babb and her husband, Don, of Arden as well as one great-niece, Erin E. Babb of Moscow, Russia. A Mass of Christian Burial will be at 11:00 AM on Wednesday, January 8, 2014 at St. Barnabas Roman Catholic Church with Father Adrian Porras officiating. A rosary will be said at 10:30 AM on Wednesday at the church. Interment will follow at Calvary Churchyard in Fletcher. The family will receive friends from 11:00 AM-1:00 PM on Tuesday, January 7, 2014 at Groce Funeral Home at Lake Julian. The family asks that in lieu of flowers, please consider a memorial contribution in Marilyn's memory to the St. Vincent DePaul Society, C/O St. Barnabas Roman Catholic Church, 109 Crescent Hill Road, Arden, NC 28704.