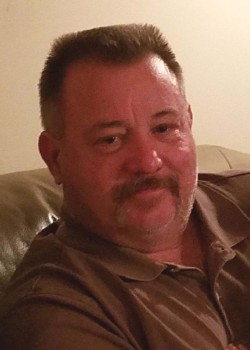 Mark Richard Ellis, 49, passed away Monday, July 16, 2018 at Mission Hospital following a brief battle with brain cancer. A native of Buncombe Co., Mark was a son of Richard and Marlene Dills Ellis. He was preceded in death by his grandparents, Ruth and Maynard Ellis, and Clint and Bobbie Dills. Mark was a 1987 graduate of A.C. Reynolds High School and attended ABTech. He was a former resident of Greensboro where he worked as a self-employed paint contractor. In addition to his parents, Mark is survived by his son, Shawn Ellis (Ansley); granddaughter, Isabella Ellis; sister, Kimberly Ellis Burchfield; nephew, Ryan Burchfield; and several aunts, uncles, and cousins. Funeral services will be held at 1:00 p.m. on Friday in the Patton Avenue chapel of Groce Funeral Home. Interment will follow at the Brooks-Sluder Family Cemetery in Candler. The family will receive friends one hour prior to the service.