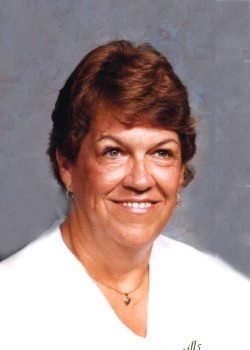 Martha Gardner "Marti" Gipson, 79, of Asheville, died on Wednesday, February 29, 2012, at Aston Park Health Care Center. A native of Burnsville, NC, Mrs. Gipson was a daughter of the late William and Sue Emma Queen Gardner. She was also preceded in death by her husband, Billy Gipson, who died in 1982. Mrs. Gipson was a former member of the ABWA. She enjoyed cross stitching and crocheting and enjoyed attending New Morgan Hill Baptist Church until her health prevented her from doing so. She is survived by her daughters, Donna Boucher and husband David, and Suzanne Haftman; sons, David Gipson, and James Gipson and wife Gail; eight grandchildren, and 10 great-grandchildren. A funeral service for Mrs. Gipson will be on Friday at 3:00 p.m. in the Groce Funeral Home chapel on Patton Ave. with the Rev. Roy Houston officiating. Interment will follow at Pisgah View Memorial Park. Her family will receive friends one hour prior to the service at the funeral home.