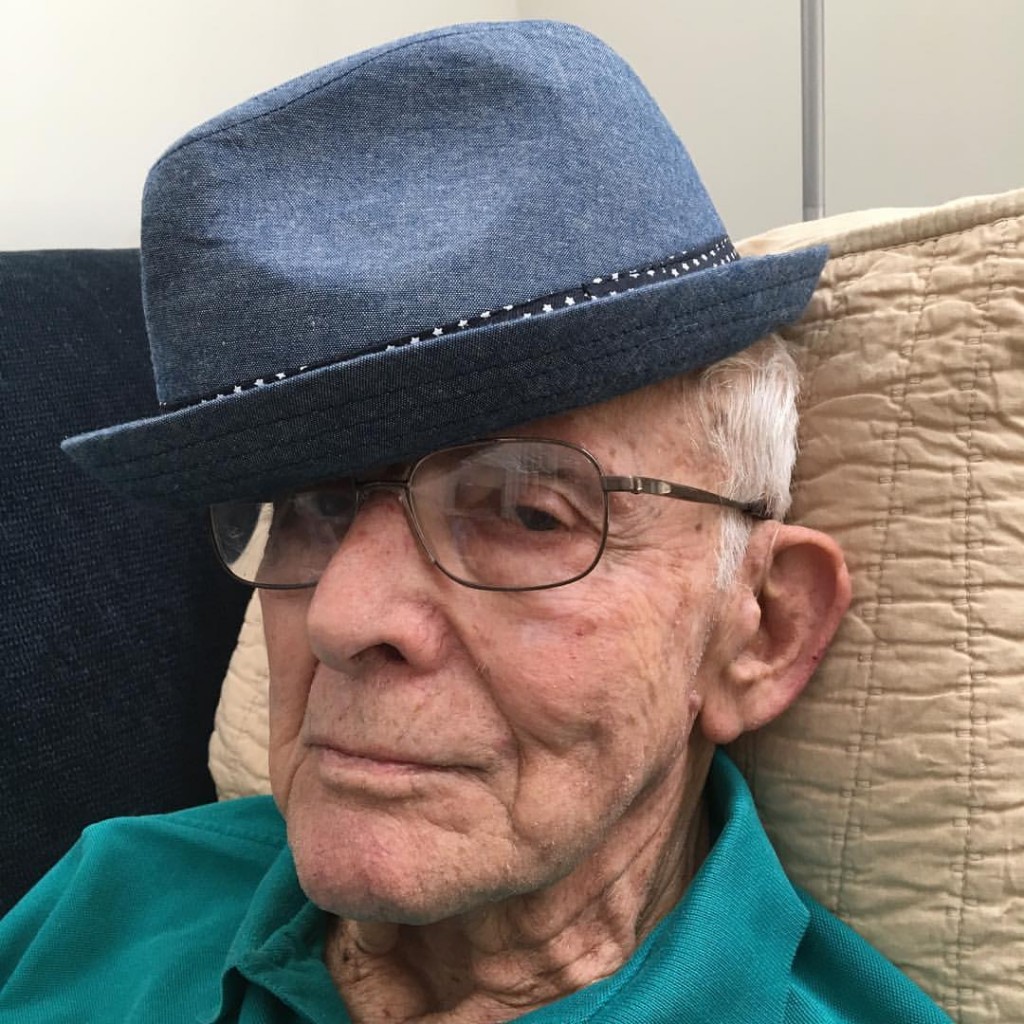 Marvin Robert “M.R.” “Bob” Schwartz, of Swannanoa, NC, passed away from natural causes peacefully on Wednesday morning February 21, 2018, surrounded by his family. He was 97-years-old, a general construction contractor for many years in Miami Beach and Apollo Beach, FL, and was a World War II Veteran of the Pacific Theater commanding an anti-aircraft battalion, eventually attaining the rank of Captain in the Army Reserve Corp. He was also a lifelong Mason and served as Grand Master in Sunrise, FL. Bob loved fishing and was always happy to take friends and family with him any time he got the chance. His favorite movie was “The Sting” and he enjoyed reading spy thrillers, westerns and suspense books. Bob always found a way to make everyone’s day a little brighter through playful banter and with no shortage of flirting. Bob was born in Tulsa, OK, to Leon and Tillie Levi on September 8, 1920. After a brief stop in Earlsboro, OK, about which he was always pleased to say that they had a “two holer,” the family moved to Chanute, KS, where they had indoor plumbing. Following the death of his father when he was young, his mother remarried Max Schwartz who adopted Bob and his younger sister, Doris. From his formative years in Chanute to Chicago to WWII to Florida and eventually to home in Asheville and Swannanoa, where Bob met his “better half” and bride of 38 years, Madelynne Schwartz, whom he loved deeply. He is survived by Madelynne; his daughter Nancy Marsh (Ulad); grandchildren, Michael Schwartz and Summer Faerman (Larry); great-grandchildren, Deborah and Shoshanna Faerman; his niece, Claire Ruder (Leonard) and his nephew, Steve Stein (Jodi). He is also survived by his step-children, Eve Rogers (Jerry) and Kevin Freidheim, and step-grandchildren, John and Meridith Freidheim. He was predeceased by his son, William Schwartz; sister, Doris Stein; and nephew, Tom Stein. The memorial service with military honors will be held on Friday, April 13, 2018, at 2:00 p.m. at the Western Carolina State Veterans Cemetery, 962 Old US Hwy 70 Black Mountain, NC 28711. Following the service, family will be receiving visitors at the Clubhouse from 4:00 to 6:00 p.m. at Craggy View Cottages in Swannanoa, NC, 28778. In lieu of flowers memorial donations may be made in his name to the Jewish Family Services at 2 Doctors Park, Suite E, Asheville NC 28801, or to the Herman Lucerne Memorial Fund online at www.hermanlucernememorial.com Groce Funeral Home on Tunnel Rd. is assisting the family.