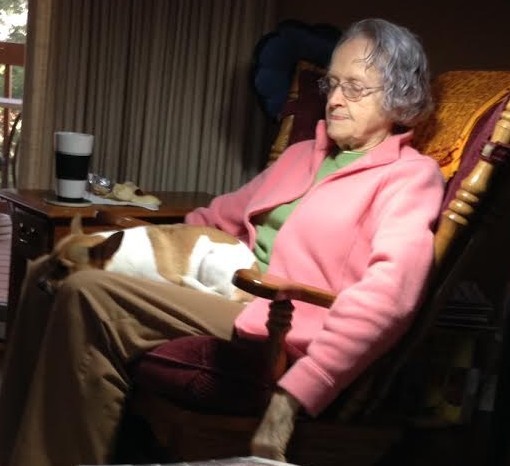 Mary Ann Simpson Wainwright, 80, of the Ardenwoods Community, passed away Monday, January 26, 2015. A native of Sharon, PA, she was the daughter of the late Merle Edward and Wilta Marie Haggerty Simpson. Mary Ann was a former Training Program Director with the YMCA of Metropolitan Chicago, IL. She traveled extensively with her husband, teaching people the skills needed to improve their lives and the lives of others. Mary Ann was a very skilled organist and choir director and wanted to be remembered for her love of music and for the natural world. Mary Ann is survived by her husband of 59 years, Harry Wainwright; two sons, John Wesley Wainwright and his companion, Cathy Elliott, and Thomas Drew Wainwright and his wife, Valerie; two grandchildren, John Michael Wainwright and Matthew Wainwright. She is also survived by a brother, Robert Simpson and his wife, Jean, and was preceded in death by another brother, Jack Simpson. A memorial service will be held at 2:00 pm, Friday, January 30, 2015 at the Jubilee! Community Church in Asheville conducted by Howard Hanger. The family would like to express their thanks to the staffs of Heather Glen and the John F. Keever Solace Center for the care shown Mary Ann. In lieu of flowers, memorials may be made to Jubilee!, 46 Wall Street, Asheville, NC 28801. Groce Funeral Home at Lake Julian is assisting the family.