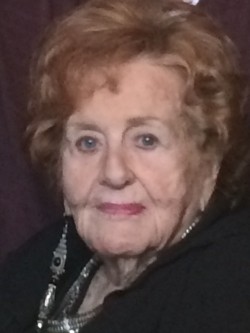 Born in Preston, MS, Mrs. Jones was a daughter of the late Curtis Lee Landrum and Mary Emma Burrage Landrum and she was married for 54 years to Owen Urban Jones, who died in 2003.

She and Mr. Jones were former residents of Florida before retiring to WNC in 1987. While in South Florida, even as a part-time worker she was the lead sales producer for Luria & Sons Jewelers. After coming to Mars Hill she designed and sold jewelry at Mars Hill and Wolf Laurel shows.

She was a strong supporter of the arts and drama, especially SART at Mars Hill and Parkway Playhouse in Burnsville.

A Celebration of her Life will be conducted by the Rev. Dr. Stan Welch at 3:00 p.m. Sunday in the Patton Avenue chapel of Groce Funeral Home. Her family will receive friends one hour prior to the service.

Memorials may be made to Southern Appalachian Repertory Theatre in Mars Hill or Parkway Playhouse in Burnsville.