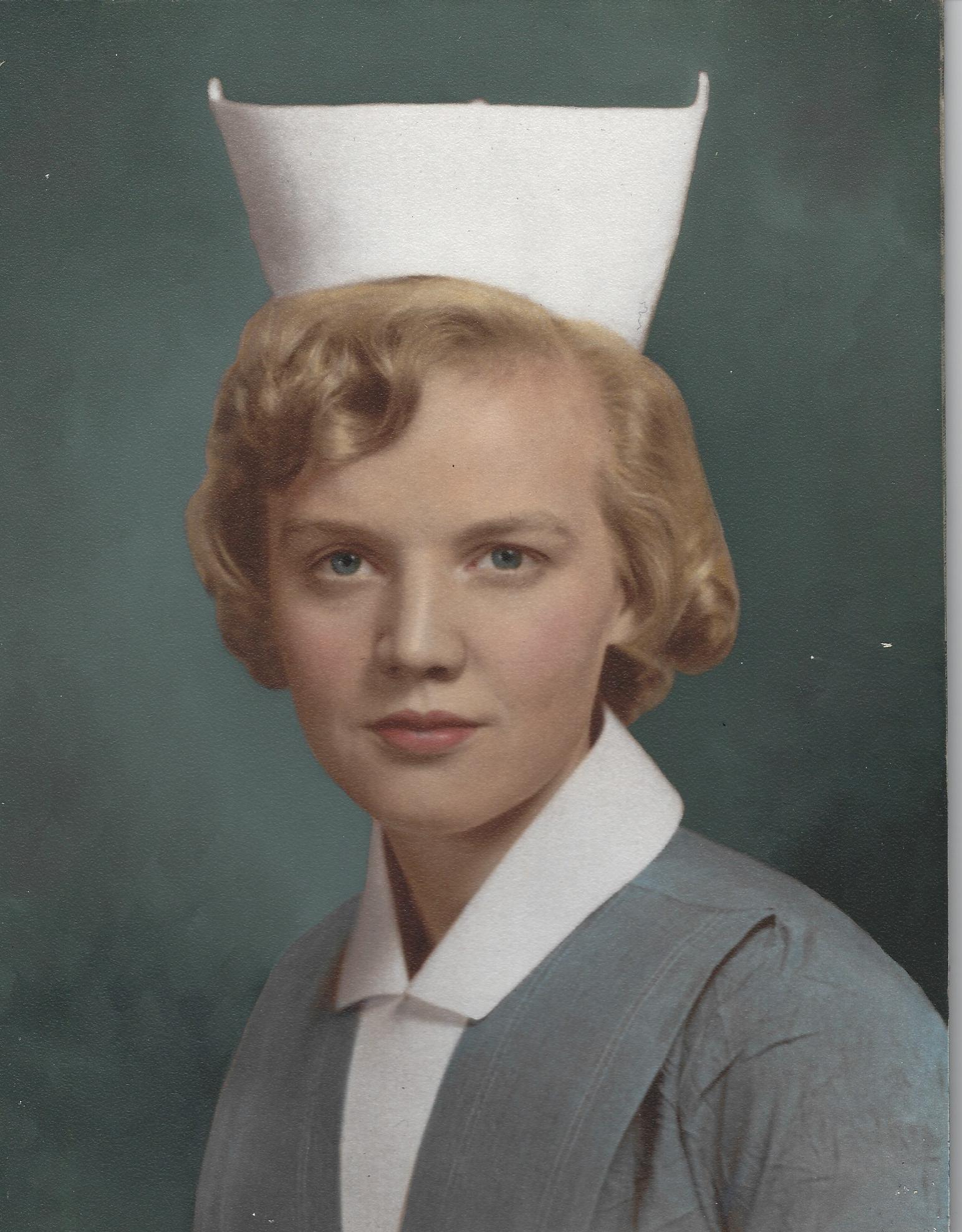 Mary Louise (Lent) Marnock passed away on April 21, 2022 at the age of 87 in Asheville, North Carolina. She was the eldest of six, raised in Tiverton, Rhode Island, where she honed her natural swimming talent. She was valedictorian of her high school class and first chair in the State for violin. Plus, she could play the piano and sing well, often doing so in her sleep. After high school, she headed to New York City where she studied nursing and made lifelong friendships.

[Just an aside: When Mary learned that one of her daughters was attending a lecture given by Frank McCourt, the author of Angela’s Ashes, she sent an 8×12 black and white picture taken over 50 years ago of her on a double date in Manhattan with his brother Malachy along with Frank and Mary’s good friend Alberta. An usher passed the picture on, and Mr.McCourt sought out Mary’s daughter to thank her. He was deeply moved and truly grateful. Mary said she only went out with Malachy once as he was too pushy, but her good friend became one of Frank’s wives.]

She found work at the National Institute of Health in Washington, D.C. after becoming a registered nurse, where she met her husband, Marvin Marnock, a Navy veteran and patent attorney who passed away in 2012. They honeymooned in Mexico City in 1959, climbed the pyramids, and made their way back to Texas, where they raised five children next door to NASA during the halcyon days of the Apollo years. All of her children learned to swim well, and several share her musical talent, but, ahem, not all. She insisted on a homecooked family meal every night, was not hesitant to use soap to wash out filthy mouths, hid her candy in the upper cabinet, enjoyed hunting for “bargains” at Needless Markup, and often gave the baby the largest piece of her worth-fighting-for homemade pies, especially the strawberry rhubarb. She went back to school when her youngest was in elementary school, studying at the kitchen table amid the raucous. She received her B.S. in nursing in her mid-forties and worked until her mid-seventies when Parkinson’s finally intervened, eventually forcing her to quit, much to her dismay.

She and Marvin moved to Asheville in 2011, where their son Jim practices medicine. She is survived by her five children, Caroline, Jane, Jim, Patrick, and Cian, as well as eleven of her twelve grandchildren, who fondly remember her penchant for gummy worms and chocolate bon bons, which she freely shared with them and their pets. She was an energizer bunny, and her body refused to stop running, lasting years longer than even she predicted.

No flowers please. If you would like to honor her memory, please consider donating to the Michael J Fox Foundation for Parkinson’s Research. She did not want a service, but feel free to share any fond memories or offer condolences at www.grocefuneralhome.com. She will be buried next to her husband at Lewis Memorial Park.