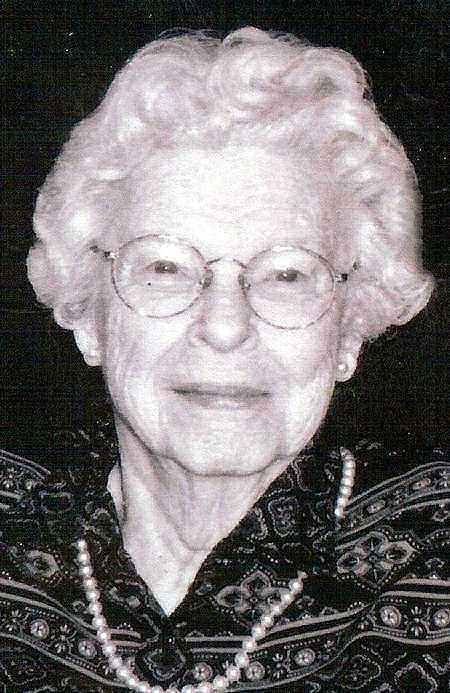 Asheville, NC – Mary Miller Littlejohn, 93, of Givens Estates, passed away on Mon-day, April 30, 2007. She resided and was lovingly cared for at the Sales Health Care Center. Mary Miller Littlejohn was born on June 23, 1913 to Robert Miller and Blanche O. Slaughter Miller in Beckley, West Virginia. She grew up in Charleston, West Virginia, under the loving care of her aunt and uncle, Bertha Slaughter Cox and Ezra Cox. She attended business school and served as secretary at St. Mark’s Methodist Church. In 1938 she married Davis Carlisle (D.C.) Littlejohn of Pacolet, South Carolina. In 1948, she moved with her husband and daughters to Orange, Texas, where they became members of the First Methodist Church on January 9, 1949. Mrs. Littlejohn served as church school secretary for 38 of the 44 years she was a member there. In 1965, she became registrar at Stark High School and served until her retirement in 1978. She moved to Asheville, North Carolina in 1992. She became a member of Central United Methodist Church and joined Friends of the Library. In Orange, Mrs. Littlejohn actively served her community and church for many years through Friends of the Library, Orange Christian Services, the Guild Group, and United Methodist Women (UMW) where she was presented a life membership. She was also active in the Cub Scouts and the Parent Teacher Associations for all three of her children. She was a great encourager, supporter, and inspiration to her children in all of their endeavors and to her many, many friends. Throughout her life, she had a gracious, appreciative, and loving heart which endeared her to all her acquaintances, friends and most importantly, her family. This never left her. She was preceded in death by her husband Davis Carlisle (D.C.) Littlejohn in 1965. Mrs. Littlejohn is survived by her two daughters, Beth Littlejohn Martell, and her husband Don, of Biltmore Lake, North Carolina and Mary Kate Littlejohn Burgess, and husband Tim, of Houston, Texas and her son, Robert Ernest Littlejohn of Queensland, Australia. She is also survived by four grandchildren and four great grandchildren; one brother, retired Rev. William Cox of Arden Hills, Minnesota; and one sister, Virginia Cox Miller of Escondido, California. A memorial service to celebrate the life of Mrs. Littlejohn will be held at 2:00 P.M., Saturday, May 19, at the First United Methodist Church in Orange, Texas. In lieu of flowers, memorials may be made to MemoryCare, 100 Far Horizons Lane, Asheville, NC 28803-2046 or the prayer garden of the First United Methodist Church of Orange, Texas.