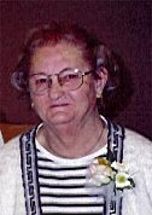 Mary W. Wilson, 75, of Fairview, a devoted wife, loving mother and grandmother and friend to all who knew her, went to be with her Lord, Friday, November 22nd. A native of Fairview, she was a daughter of the late William L. and Bernice Huntley Wilson. She was a member of Fairview Baptist Church and a former member of Chapter 318, Order of the Eastern Star. In addition to her parents, she was preceded in death by two sisters, Martha Ain and Carlee Wilson and seven brothers, Roy, Carl, Charlie, Clifton, Vernon, Carter and Paul Wilson. Mrs. Wilson is survived by her husband of 51 years, Aldo Wilson; her daughter, Rita Deviney of Concord; her son, David Wilson, Sr., of Byron, GA and two grandsons, David Wilson, Jr. of Perry, GA and Christopher Wilson of Byron, GA. She also is survived by a sister, Alda Palmer of Skyland and a brother, William Wilson, Jr. of Whiteville, NC. Funeral services will be held at 2 pm Monday in the Fairview Baptist Church conducted by the Rev. Todd Royal. Burial will follow in Cane Creek Cemetery. Pallbearers will be David Wilson, Sr., David Wilson, Jr., Christopher Wilson, Dan Deviney, Jeff Harwood and Charles Dills. Honorary allbearers will be members of the Adult Sunday School Class of Fairview Baptist Church. Her family will receive friends from 3 until 5 pm Sunday at Fairview Baptist Church. Mrs. Wilson will remain at Groce Funeral Home at Lake Julian until being placed in the church one hour prior to the service on Monday. In lieu of flowers, donations may be made to her surviving spouse.