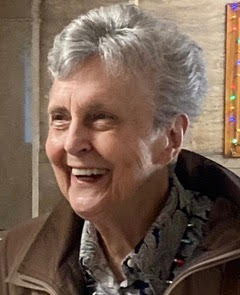 A native of Baton Rouge, Louisiana, Marylen was a daughter of the late Joseph Sidney Langhart and Mary Helen Tempel Langhart. She was also preceded in death by her older brother, Sidney Langhart. Marylen was a beloved and devoted wife, sister, and aunt. She is survived by wife, Diana Lynn Quinn; sister, Sandra Langhart Langley; nephew, Stefan Langhart; nieces, Juliann Bowman and Kimberly Sweetland; three great-nieces, and a great-nephew.

Marylen grew up in Baton Rouge and attended Louisiana State University, where she earned a master’s degree in speech pathology and taught speech at Xavier University. She moved to New Orleans to work as a speech pathologist at the LSU medical school and eventually for the New Orleans public school system. She also gave back to her community through volunteering. Marylen moved to Bloomington, Illinois, in 1995 to be near her sister and work as an academic advisor at Illinois State University. There, she met her partner for life, Diana. Marylen and Diana finally settled in Asheville in the fall of 2003, and they married this past December.

Marylen had an endearing sense of humor and loved to make people laugh. Her signature greeting was an exuberant “Hallucinations!” that set the tone for fun and light-hearted conversation. Marylen was creative, enjoying writing and drawing. She also had a musical side, playing guitar and singing in the choir at the Basilica of St. Lawrence. Throughout her long life, she was always trying out new endeavors and interests, from crocheting to French and Italian to golf.

Marylen Langhart maintained an infectious, positive outlook. She was truly interested in and supportive of others. She was a gentle soul, yet she took life on in great chunks. She was a joy in the room, a cheerleader for all we did, and a warmth in our hearts. The world is a better place for her having been a part of it.

Marylen’s family will celebrate her life with a small, intimate gathering and memorial. In lieu of flowers, please consider a donation to Memory Care in the name of Marylen Elizabeth Langhart.