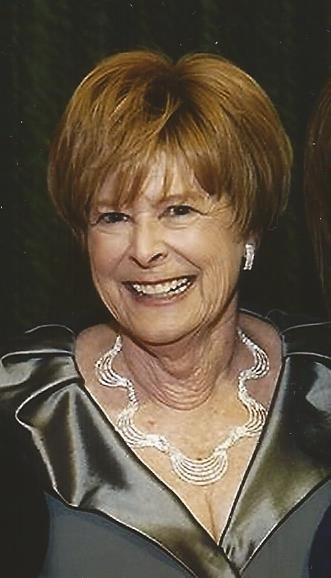 Maureen Dufries Christian, 65, of Asheville, passed away Wednesday, March 25, 2015 at the John F. Keever Jr. Hospice Solace Center. She was a loving wife, mother, grandmother and friend to all. Along with her faith in God, her family and friends were most important in her life. Maureen was born in Manhattan, NY on February 9, 1950 to the late Robert and Mary Dufries. She spent her early life with family in New York, Connecticut, Florida and settled in Atlanta, GA. She married in Atlanta and then lived in Alexandria, VA, Birmingham, AL, Dublin, GA, Baltimore, MD and for the last 25 years in Asheville. She is survived by her husband of 44 years, James Christian; son Kevin Christian; daughter Kaitlin Christian; daughter-in-law Renee Law Christian; grandchildren Kaylee and Khloe Christian; brothers Courtney Dufries, Brian Dufries and Robert Dufries, all of Atlanta and William Dufries of Granite, OK; sisters Patricia DeSanto of Danbury, CT, Denise Lilly (Dennis) of Daytona Beach, FL and Joan Dufries of Atlanta. She is also survived by brothers-in-law Don Christian (Nancy) and Michael Christian (Jennette) and sister-in-law Linda Christian (Robert). Her life was filled with giving of herself as a wife, mother, grandmother, daughter and professional nurse. She began her nursing career after graduating from DeKalb College in Atlanta and furthered her career with a bachelor's degree from the University of Baltimore. She worked in all types of nursing practice as her jobs changed with relocations, finishing her career as a certified geriatric nurse, educator and Director of Nursing in Asheville. Her commitment to geriatric nursing was a devotion driven by years of care she gave to her aging patients. Maureen fell in love with the Western North Carolina mountains. She loved tennis and biking, reading, theatre and most of all, being with family and friends. A family member once described her impact on others as one who would "light up your life" by her presence. Real joys in her life were her two granddaughters, Kaylee and Khloe. A Mass of Christian Burial will be held at 11 am Friday at St. Eugene Catholic Church. Interment will follow at Lewis Memorial Park. The Rosary will be said at 6:15 Thursday at Groce Funeral Home at Lake Julian and the family will receive friends following until 8 pm. Memorial donations may be made in her honor to CarePartners Hospice, PO Box 25338, Asheville, NC 28813.