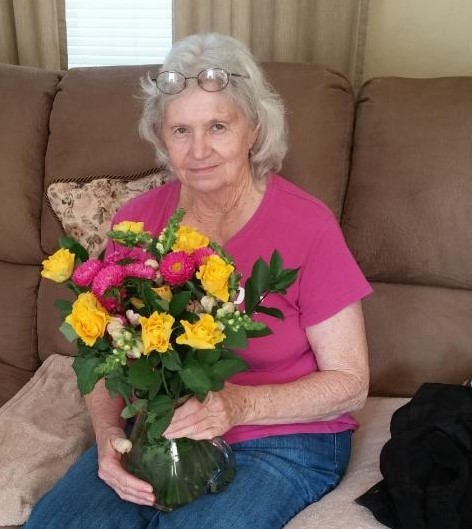 She was a daughter of the late Rom Wilson and Sallie Wilson Lamb and was also preceded in death by siblings, Charles Wilson, Kenneth Wilson, Robert Wilson, Jeter Wilson, Carl Wilson, Clyde Wilson and Eve Oaks.

She will also be missed by her beloved fur babies, Storm, Isabella and Angel.

Melba was a good, Godly and Christian woman who loved the Lord. A Celebration of Life Service will be held at 2:00 PM on Saturday, October 29 in the Chapel of Groce Funeral Home at Lake Julian with Reverend Steve Brockwell and Charles Coxie officiating. Her family will greet friends at the funeral home immediately following the service.

In lieu of flowers, her family graciously asks that memorial donations be made to St. Jude Children’s Hospital, PO Box 50, Memphis, TN 38101-9929.

The family greatly appreciates donations made to these charities in Melba Wilson Gibson's name.