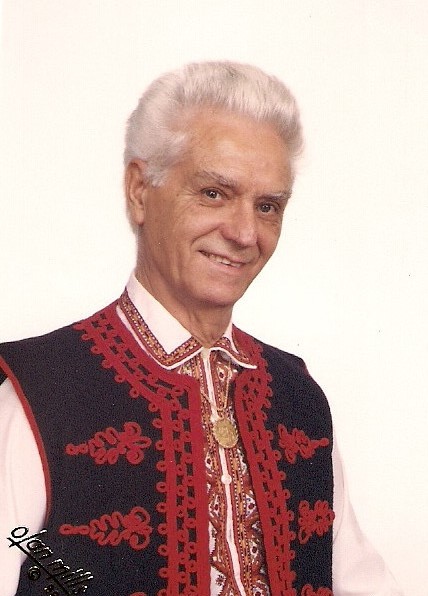 Metodi Jakim Ivanov, 92, of Asheville, passed away peacefully on Sunday, November 5, 2017 at Universal Healthcare Center. A native of Bulgaria, he was a son of the late Jakim and Spacuna Ivanov-Terziski. He was preceded in death by an infant daughter, Deborah Ann Ivanov. He is survived by his wife of 62 years, Hilde Ivanov; two daughters, Karen Diane Talbott (Gene) of Greer, SC and Susan Ivanov Karcher (Matthew) of Asheville; nine grandchildren, eighteen great-grandchildren as well as many friends and family around the world. A Funeral Mass will be held at 10:00 AM on Saturday, November 11, 2017 at St. Barnabas Roman Catholic Church. A Divine Mercy Chaplet will be said at 5:30 PM on Friday, November 10 at Groce Funeral Home at Lake Julian with the family receiving friends following until 7:00 PM. Burial will be at Forest Lawn Memorial Park in Hendersonville. Groce Funeral Home at Lake Julian is assisting the family.