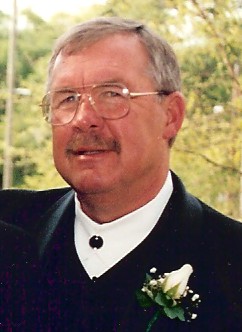 Michael Jordan Sizemore, 61, of Fairview, took his walk with the Lord Thursday, June 12, 2008, from home, after a lengthy illness. He was born December 20, 1946 in Gaston County and is the son of the late Reverend Carl and Mazel Jordan Sizemore. He honorably served his country for one tour of duty in Taiwan during the Vietnam War. He began his career with CP&L (Progress Energy) in 1964 as a meter reader. In 1983 he moved to Cary, NC where he became a Senior Development Training Specialist. In 2002 he became the Manager for the construction crews in the Kinston-Goldsboro area. During his time at Progress Energy he was a loaned executive for over two years with Wake County United Way and served on various committees and groups. He retired from Progress Energy in October 2003 with 39 years of service. After his retirement he began to paint and created many beautiful landscapes and still-lifes in acrylic and chalk. He is survived by his wife of 42 years, Joyce Jones Sizemore; two sons, Stephen Sizemore and wife, Connie, of Hayesville, NC and Bryan Sizemore and wife, Jennifer, of Fairview; one daughter, Heather Sizemore Brown and husband, David, of Selma, NC; five grandchildren, Colby, Sarah and Lacee Sizemore of Asheville, Courtney Sizemore of Leicester, NC, Ashley Goodwin and husband, Matthew, of Hayesville, NC; and one great-grandchild, Cheyenne Lilly Goodwin of Hayesville. Also surviving are three brothers, John Sizemore and wife, Carolyn, of Canton, NC, Paul Sizemore and wife, Deana, of Hickory, NC and Phil Sizemore and wife, Connie, of Canton, GA; one sister, Susan Sizemore Wellmon and husband, Gary, of Shelby, NC; one uncle, Paul Jordan of Winston Salem and many nieces, nephews and a host of cousins. He is also survived by his precious and beloved pal and constant companion, Sophie. In addition to his parents, he was preceded in death by his father and mother-in-law, J. Paul and Jessie Huntsinger Jones; grandparents, John William and Ella Jenkins Sizemore and Fred R. and Lottie Taylor Jordan. The funeral service will be held in the chapel of Groce Funeral Home at Lake Julian at 2:00 P.M., Sunday, June 15, Father's Day, as a celebration of the life of our husband and father. Services will be conducted by the Reverend Chadwick Allen and the Reverend Jeff Burchette. A graveside service will follow at Bell Methodist Church Cemetery in Leicester. The family will receive friends from 6:00 until 8:30 P.M. Saturday at the funeral home on Long Shoals Road. Flowers are welcome, however, donations may be made in the memory of Michael Jordan Sizemore to CarePartners Hospice, PO Box 25338, Asheville, NC 28813.