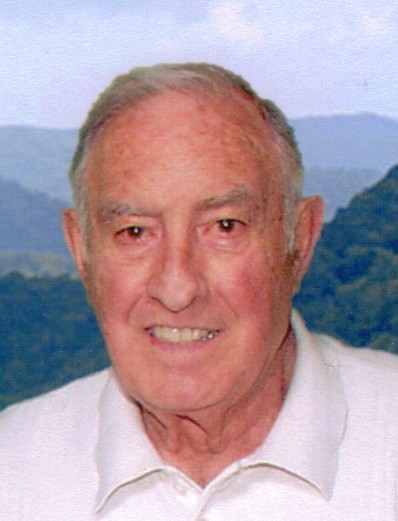 Mike Antonio Dorato, 89, of Asheville, died Saturday, October 6, 2012. Mr. Dorato was born in Buncombe County and was a son of the late Antonio and Nellie Stroup Dorato. He was also preceded in death by his son, Bud Dorato, a brother, Bob Dorato, and a sister-in-law, Mary Dorato, and a brother-in-law, Bob Magnan. He was a member of the last graduating class of Swannanoa High School and attended college in Kentucky before joining the military during WW II. He was stationed in Ipswich, England with the Army Air Corps where he was a link trainer (instrument landing). Mr. Dorato was the co-owner with his brother, Frank, of Dorato Motors, Inc. He was a member of Victory Baptist Church, the American Legion and the VFW, and was a 32nd degree member of the Swannanoa Masonic Lodge 0561. He was also a charter member of the Lions Club. Surviving are his wife, Elouise Clark Dorato; two daughters, Sharon Williams and husband, Leonard, of Charlotte, and Susan Fox and husband, Dennis, of Raleigh; a son, Michael Dorato of the home; three grandchildren, Patrick, Michelenna, and Alexandria; four great-grandchildren, Catherine, Emily, Dru and Natalie Grace; a sister, Margaret Magnan, a brother, Frank Dorato, and a number of nieces and nephews. Funeral services will be at 3:00 P.M. Tuesday in the Patton Avenue chapel of Groce Funeral Home with the Revs. Mark Chase and Larry Sprinkle officiating. Interment with military honors will follow at Green Hills Cemetery. The family will receive friends at the funeral home one hour prior to the service. Memorials may be made to the Meals Program of Victory Baptist Church, 80 Olivette Road, Asheville, NC 28806.