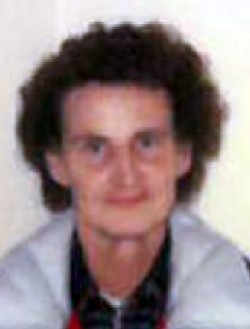 Myrtle Marie Duckett, 85, of Leicester, died on Wednesday, July 23, 2014, at Emerald Ridge Rehabilitation & Care Center. A native of Buncombe Co., Ms. Duckett was a daughter of the late William Fulmer and Vinnie Wells Duckett. She was also preceded in death by her brother, Bill Duckett, who died on July 11, 2014. She was a member of Big Sandy United Methodist Church. Ms. Duckett is survived by her sister, Amy Pratt; niece, Sarah Pratt and husband Don Owens; and nephews, Steve Duckett and wife Erin McCord Duckett, Kevin Duckett, and Fred Pratt and wife Donna. A funeral service for Ms. Duckett will be at 4:00 p.m. on Saturday at Big Sandy United Methodist Church with Pastor Fred Sibley officiating. Interment will follow in the church's cemetery. Her family will receive friends for one hour prior to the service at the church. In lieu of flowers, memorials may be made to Big Sandy United Methodist Church, c/o Beth Shook, 178 Willow Creek Rd., Leicester, NC 28748. Groce Funeral Home on Patton Ave. is assisting the family.