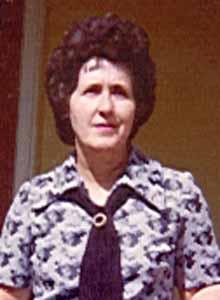 Mrs. Harris was born in Asheville and was a daughter of the late Onlie M. and Agnes K. Towe. She was retired from Belk’s Department Store. She was a member of St. Joan of Arc Catholic Church and a former member of the Catholic Daughters.

A Funeral Mass of Christian Burial will be celebrated at 3:00 pm Thursday at St. Joan of Arc Catholic Church by the Rev. Fr. John M. Pagel.

Burial will be at Pisgah View Memorial Park.

A Prayer service is scheduled for 6:30 pm Wednesday at Groce Funeral Home on Patton Avenue after which her family will receive friends.