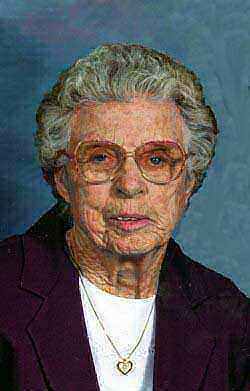 Nell Hunter Hawkins, 90, of Old Turkey Creek Rd., Leicester, died Sunday, March 28, 2010. A native of Madison County, she was a daughter of the late Claude and Lula Ross Hunter and was also preceded in death by her husband, Paul Hawkins, who died October 3, 2009, and by her brothers, Horace and C.J. Hunter. She was retired from Bon Marche Department Store and was a member of Turkey Creek Baptist Church. Survivors include nephews, Randy and Larry Hunter and Richard and Mike Hawkins and Ralph Sluder; nieces, Anna Lee Cole and Maylynn Hawkins; and sisters-in-law, Barbara Sluder and Ila Hunter. Extended family include the Cole and Sluder families. Funeral services will be 3:00 pm Thursday at Turkey Creek Baptist Church with the Revs. Ricky Townsend and Ray Hipps officiating. Burial will follow in the church cemetery. Her family will receive friends at the church one hour prior to the service. Memorials may be made to Turkey Creek Baptist Church Cemetery Fund, 2206 Bear Creek Road, Leicester, NC 28748 or to CarePartners Hospice, P.O. Box 25338, Asheville, NC 28813. Groce Funeral Home on Patton Avenue is assisting with arrangements.