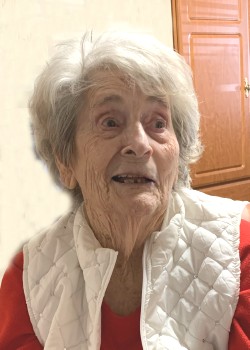 Novella was born in Buncombe Co. to the late Ben Walter and Misha Haynes Davis. She was also preceded in death by her husband, Paul James Pegg.

She was a member of Covenant Community United Methodist Church, Emma’s Grove Baptist Church, and was a longtime Fairview resident.

A private family service will be held at 12:00 p.m. on Monday, August 3, at the Western Carolina State Veterans Cemetery, Black Mountain. The Rev. Dan Robinson will officiate.