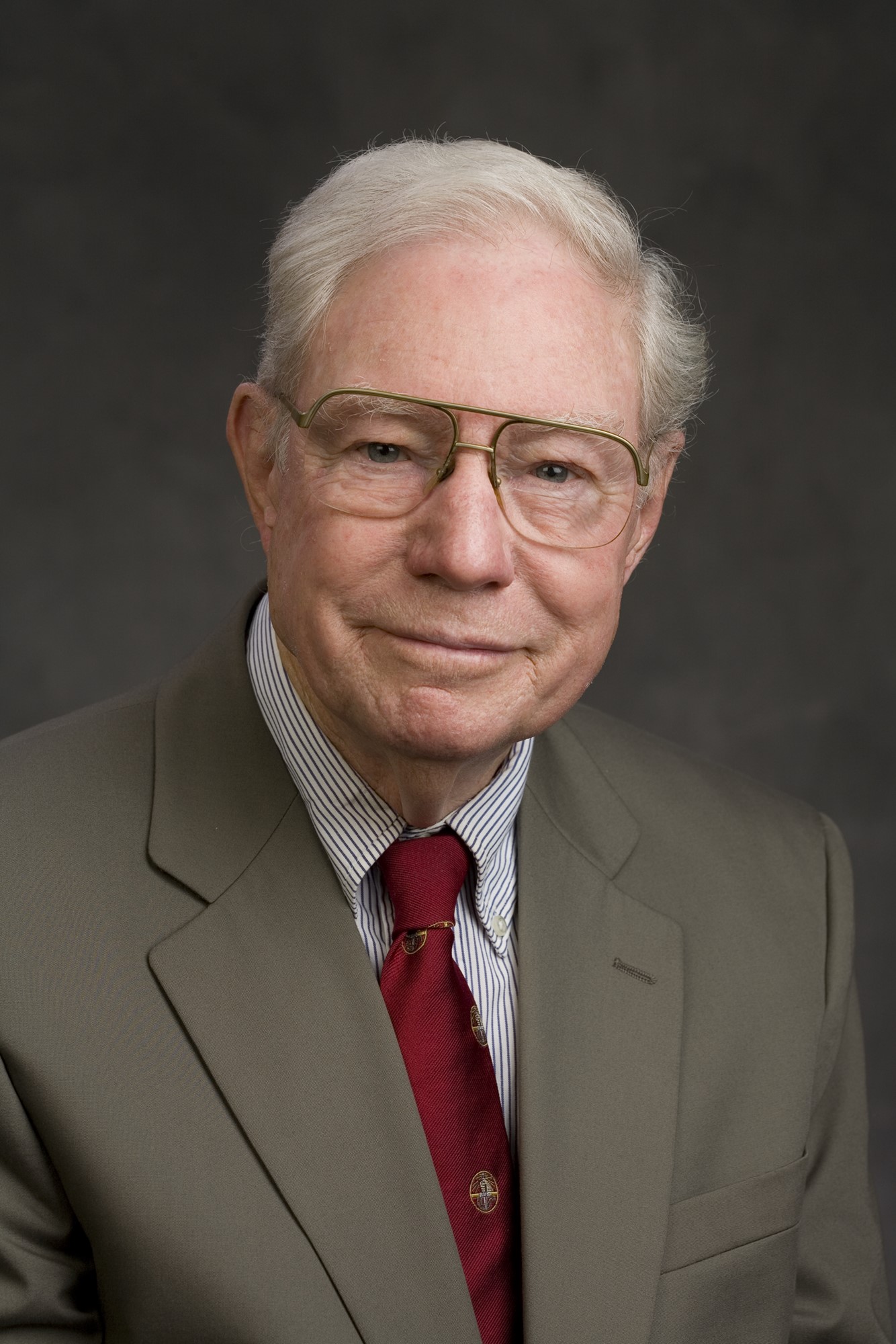 O.E.’s brother, Hal Starnes of Asheville also survives him as does Jane Clark, a close friend of O.E. in his later years.

O.E. Starnes and his Starnes ancestors settled in Hominy, west of Asheville, in 1814. He grew up on Blue Ridge Ave. and in Malvern Hills, attending Vance Elementary, Hall Fletcher Junior High and Asheville High School, where he graduated in 1941 as the Student Body President. He attended Davidson College through his sophomore year but then enlisted in the U.S. Army during WWII.

O.E. was sent to Europe in 1943 at the age of 19 as a Private in the 103rd Infantry Division as a machine gunner. They marched and fought from Italy to Austria, and he achieved the rank of Corporal. The day before his 21st birthday, his unit was ambushed and came under heavy fire from surrounding hills. He was shot across his head by a sniper, knocked unconscious, but it was a scalp wound and he returned to service quickly. He received a Purple Heart. Thankfully the European war ended soon after and eventually, he returned home.

Davidson and his degrees in economics and political science were waiting. O.E. graduated from Davidson two years after returning home from the war. He married Sarah Jane Whitmire and O.E. III was born in 1948 while O.E. was in law school at UNC-Chapel Hill.

Sarah Jane died in 1976 from a long illness. Their children ranged in age from 20-27 at her death. It was a very difficult time. O.E. found love again, however, and married Lida, the sister of one of his good friends, Harry C. Martin, which added 4 Harris boys to the Starnes family! The youngest boy was 13 at that time. It was a great family combination enjoyed to this day. Lida died suddenly in 2016 after 38 years of marriage to O.E.

Mr. Starnes began his 66 years of practice in 1950 with the Harkins, Van Winkle Law Firm in the Jackson Building in Asheville. It became Van Winkle, Walton, Buck, Wall, Starnes and Hyde and is now, after the addition of more attorneys, known as “The Van Winkle Law Firm”.

While actively practicing law with the Firm, he also served as corporate counsel for the City of Asheville from 1957-1967. From 1981 through 2008, he was the attorney for the Town of Biltmore Forest.

O.E. was also very involved in the church. At Oak Forest Presbyterian Church, his ancestral church, he was the choir director, officer in the church and taught Sunday school. His whole family was deeply involved in the life of Oak Forest. Later in life, he joined First Presbyterian Church of Asheville, where he sang in the choir until his early 90s. O.E. also served there as an officer and teacher. His second wife, Lida, was an Episcopalian and could not reconcile being a Presbyterian. She attended Trinity Episcopal across the street!

O.E. looked forward to his meetings with the Pen and Plate Club for many years. He also enjoyed his membership at the Biltmore Forest Country Club where he was an avid tennis player and served on the Board of Governors as Secretary.

He is known for his love of music and sang Barbershop for years in the Asheville Chapter of the S.P.E.B.S.Q.S.A. and was a tenor in a quartet called the “Melodons”. He played the clarinet and used those skills with a local band “Strings and Things”. He loved chords and the harmony it produced on the piano and his harmonica. He often pulled out the harmonica to entertain himself and others. Entertaining a crowd was a specialty. He found opportunities for an extemporaneous speech with roasts of whomever was present, bringing the group to tears of laughter and often embarrassment!

O.E. relaxed at his lake house on Lake Summit, NC which he has owned for almost 60 years. He loved sailing his Sunfish boat, swimming, skiing and taking tours of the lake in his boat. Besides tennis he also enjoyed snow skiing, even though he received his first skis at age 50. We have a picture of him snow skiing at age 88! He slowed down physically in his 90s and lived happily at Givens Estates from 2016 until his death.

O.E. Starnes, Jr. was a respected, humble, gentle, quick-witted and extroverted man but, he could also give a proper “dressing down” when his children and grandchildren misbehaved. He lived his faith through his actions for 97 years. He was always content in life “no big deal”, even though his life had its share of trauma and grief. He looked for the positive in any situation, never complained and kept living in the moment. He is loved and remembered by many… mostly with a smile.

So we know you are enjoying Heaven O.E., where you were met by Jesus and the many others who have been waiting for you! And as for all of us “yardbirds” who have known you as brother, dad, grandad, great grandad, uncle, cousin, colleague and friend, we look forward to the moment when we will get to see you again…