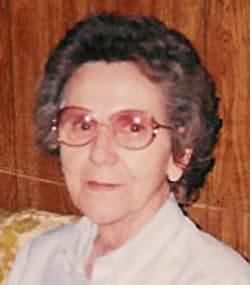 Mrs. Rockett was born in Yancey County and was a daughter of the late Reggie and Lila Shepherd Penland. She was married to James Calvin Rockett who died in 1995. She was retired from AB Emblem Co. and was a member of Crossroads Baptist Church.

Funeral services will be at 2:00 pm Saturday at Crossroads Baptist Church with the Revs. Paul Sluder and David Scruggs officiating. Burial will be in the church cemetery.

Her family will receive friends from 7 - 8:30 pm Friday at Groce Funeral Home on Patton Avenue where Mrs. Rockett will remain until being placed in the chruch 30 minutes prior to the service.