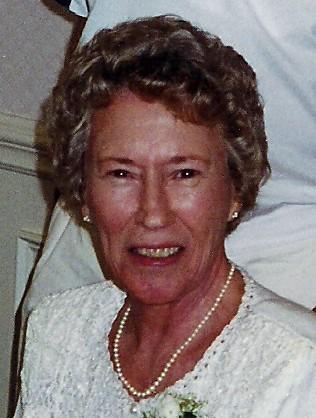 Fletcher – Patricia Ann (Abrell) Kixmiller, 82, was called to the Lord on Tuesday, October 12, 2010. Patricia was born in Vincennes, Indiana on February 11, 1928. She graduated from nursing school and began working at Good Samaritan Hospital in 1949. She married William L. Kixmiller the following year. Pat was a woman who wore many hats. While raising her four children, she also worked alongside her husband in their various family businesses. During their many years in Indiana, Pat helped out with their RV sales and service dealership. When the family moved to Fort Myers, FL, in 1974, she and her husband founded a real estate/brokerage office and a real estate school. Upon their retirement in 1995, they moved to western North Carolina. Patricia is survived by four children, Janet Pineau of Ft. Myers, FL, Beth Knox of Sayreville, NJ, Fred Kixmiller of Danville, KY, and Carol Horton of Fletcher, NC; six grandchildren, Amy, Jennifer, John, Michael, Tyler and Emily; three great-grandchildren, Aidan, Landon and Noah and one sister, Karen Humerickhouse. The family wishes to express their deepest gratitude to the many friends and extended family members who supported us through their prayers and thoughtful acts of kindness. We would also like to express our gratitude to the various individuals at Seniors Helping Seniors who provided care and compassion for our mother during her time of illness. To honor Pat’s wishes, a memorial service is not planned. In lieu of flowers, she requested that memorial donations be made to Salvation Army, 239 Third Ave. E., Hendersonville, NC 28749; St. Jude Children’s Research Hospital, 501 St. Jude Place, Memphis, TN 38105; or Care Partners Hospice Foundation (memo: John F. Keever, Jr. Solace Center), 68 Sweeten Creek Road, Asheville, NC 28803.