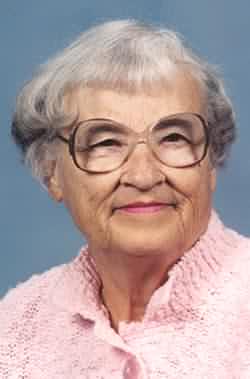 A native of Colorado Springs, she has been a resident of Asheville since 1978. She was the daughter of the late John Patrick and Glenna Ames Murphy and was also preceded in death by her husband Donald Linus Arvidson.

She received a degree in Physical Education which she taught before joining the US Navy and serving as a photographic interpreter during WW II. Mrs. Arvidson volunteered with hospitals and Girl Scouts and was a member of St. Joan of Arch Catholic Church.

A memorial Mass will be held at 7:00 p.m. Wednesday at St. Joan of Arc Catholic Church with the Rev. Fr. John M. Pagel officiating. Burial will be in Arlington National Cemetery.

At Pat’s request, her friends and family are all invited to a celebration of her life which will be held at the American Legion Post on Haywood Road immediately following the Mass.