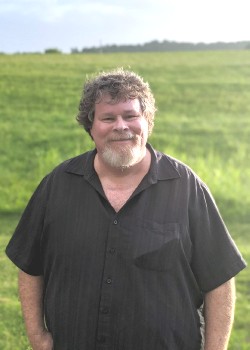 Long-time radio personality/sports talk show host Patrick Lynch Ryan passed away at his home in West Asheville Nov. 17, 2022. He was 57.

Born in Covina, California, Pat grew up in Santa Barbara, graduated from Chico State University, and relocated to Brevard, NC in 1990 to join his parents.

One of Pat’s first jobs in WNC was with Ameri-Quipt, a medical supply company, where he delivered and picked up convalescent supplies. He was compassionate and very skilled in connecting with people during some of the most difficult times in their lives.

Pat’s long-running professional career in broadcasting began in 1991 with WPNF Radio (now White Squirrel Radio WSQL) in Brevard, where he was elevated to operations manager in 1993. In 1996 Pat made the move to television, working in promotions for WLOS-TV, the ABC affiliate in Asheville. During that time, he also hosted a weekend sports talk show on 880 WTZY.

In 2002, Pat started hosting the morning show on Asheville’s WOXL-FM, Oldies 96.5. He eventually took on duties of launching Asheville’s only daily local sports talk show, “The WISE Guys” on WISE in 2005. Pat gave voice to local high school and college coaches, and loved spotlighting the achievement of their athletes. He went beyond football and basketball to make sure soccer, baseball, lacrosse, track, and more got covered. He not only offered the microphone to local, student, and amateur athletes, but also to coaches and small business owners, as well as nonprofit organizations. He was a frequent emcee at events to make our community better.

Pat’s talent and passion for music transcended beyond radio. As a Rush aficionado, and huge Geddy Lee fan, he took up bass in high school playing in various bands until as recently as September of 2022. He was a founding member of several local WNC bands including Gigolo Moon, Sister Moon, and most recently The 96.5 / Rewind House Band, which he played in for 21 years. He loved entertaining crowds big or small and cherished his moments on the big stages opening for touring acts such as Kansas, The Temptations, The Beach Boys, Gary Puckett and others. While never playing for accolades, he did enjoy the occasional compliment from fellow musicians. One of his favorites that he loved to share, “Damn, you gave us a run for our money!”, said to him by one of the Temptations as he walked off stage. He played simply for his love of music and entertainment, and his big personality lit up every stage he set foot on.

He is survived by his devoted partner-in-fun, best friend, and equally fiery redheaded wife, Kathleen Cook, and his brother Robert Ryan of Jacksonville, Florida. He was preceded in death by his parents, Robert X. Ryan and Peg Ryan, his beloved aunt Patsy Evers, and his sister, Mary Jane Ryan.

A Celebration of Life Event for Pat Ryan will be announced at a later date.

Because Pat was such a champion of local athletes, in lieu of flowers please consider a donation to the Mountain Amateur Athletic Club, which provides scholarships. The address is P.O. Box 5272, Asheville NC 28813.