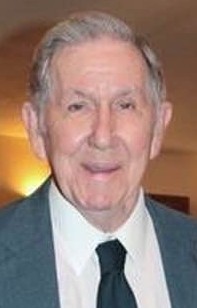 Paul was born in Marion, NC, on January 2, 1930. He was a graduate of Marion High School. He spent 38 years of his life working with Southern Railroad. He loved his family and loved to travel. He also proudly served his country in the U.S. Air Force.

In addition to his parents, Paul was preceded in death by three brothers; one sister; his son, Jamie Ross; and daughter, Paula Newland.

The funeral service for Mr. Ross will be held at 1:00 p.m. on Thursday at the Forest Lawn Memorial Park Chapel. His niece, Pastor Barbara Ross, will officiate. Interment with military honors will follow in the cemetery.

His family will receive friends in the chapel for one hour prior to the service beginning at noon.