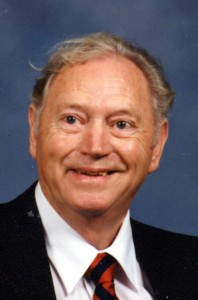 Paul James Pegg, 87, of 105 No. 9 Road, Fairview, died Sunday, January 31, 2010, at the VA Medical Center. Mr. Pegg was born in Buncombe County and was a son of the late Jim Henry and Esta Lea Webb Pegg. He was a Navy veteran of WW II and was a member of Covenant Community United Methodist Church. He was a retired barber, having been associated with the Biltmore Barber Shop and the Beverly Hills Barber Shop before owning and operating the Palace Barber Shop. He is survived by his wife, Novella Davis Pegg; a daughter, Coe Ann Trent and her husband, James Trent, Jr., of Madison, NC; two sons, Paul Pegg, Jr. and his wife, Susan, of Caldwell, ID and Steve Pegg and his wife, Becky, of Hickory; ten grandchildren, six great-grandchildren; two sisters, Nelle Shuford and Irene Allen of Barnardsville, and two brothers, Harry Pegg of California and Eugene Pegg of Asheville. Funeral services will be at 12:30 p.m. Thursday in the Patton Avenue chapel of Groce Funeral Home with the Rev. Dan Robinson officiating. Military honors will be provided by the Buncombe County Veterans Council at the NC State Veterans Cemetery, Black Mountain. Grandsons and grandsons-in-law will serve as pallbearers. The family will receive friends at the funeral home one hour prior to the service. Memorials may be made to the VA Hospice, c/o Jennifer Talumbo, Charles George VAMC, 1100 Tunnel Road, Asheville, NC 28805.