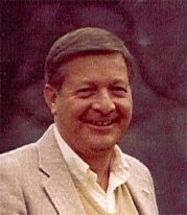 Asheville - Paul Joseph Pless, Sr., 70, passed away Friday, September 6, 2002 at Mission St. Joseph’s Hospital surrounded by family and friends. He was Joe to many people and was “PawPaw” to his grandchildren and their numerous friends. Joe was born in Haywood County, however, lived in Asheville for 68 years. He attended Lee Edwards High School and graduated in 1950. After graduation, he joined the United States Army and served in the Korean War. Upon his return, Joe began learning the family business, the Dreamland Drive-In Theater and later became the owner. He was a member of the Asheville City Council from 1981-1983, Citizens for Better Schools and President of the T.C. Roberson Rams Club from 1968-1970. He has been an active member of the Association for Retarded Citizens, the Asheville Optimist Club, of which he was president, Shriners of Asheville, T.C. Roberson Rams Club and St. Paul’s United Methodist Church. Joe was born May 10, 1932 to the late Paul Pless and Marjorie Duckett Pless. In addition to his parents, PawPaw was preceded in death by a precious granddaughter, Hayley Brooke Pless. Joe is survived by a loving wife of 51 years, JoAnn Pless; four children, Dusty Pless, and wife Judy, Debbie Harris, and husband Mike, Kathy Bowman, and husband Mack, and Tim Pless, all of Asheville; and his eight adoring grandchildren, Meredith Pless, Natalie Pless, McKenzie Harris, Emily Bowman, Colby Harris, Hunter Pless, Grant Bowman and Maddison Harris. He is also survived by his five sisters, Sara Helgesen of St. Petersburg, Martha Stakias of Asheville, Polly Bradley of Asheville, Margaret Keys of Asheville and Rosemary Prigoff of Asheville. A memorial service will be held at 5:00 pm Monday, September 9, 2002 at Biltmore Baptist Church, 35 Clayton Road. The family will receive friends following the service. In lieu of flowers, memorials may be made to The Arc of Buncombe County, Inc., 50 S. French Broad Avenue, 28801, the Eblen Foundation, 18 Regent Park Blvd., 28806 or to the T.C. Roberson Rams Club, 250 Overlook Road, 28803, all in Asheville, NC.