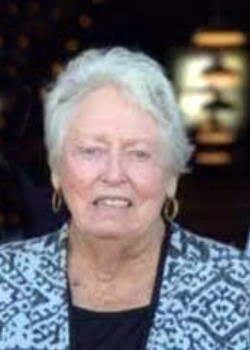 A native of Haywood Co., Peggy was a daughter of the late Judson and Annie Wilson Henson. She was also preceded in death by her sister, Frances Ann Henson, and brother, Charles Henson.

Her family will receive friends beginning at 5:00 p.m. on Friday, July 1, at Groce Funeral Home on Patton Ave. The memorial service will follow at 7:00 p.m. Her grandson, Judson Woody, and Rev. Ricky Townsend will officiate.