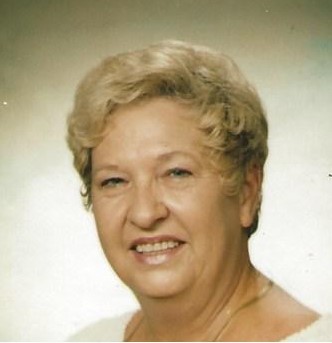 Peggy Warren McCorkle of Arden, North Carolina died at Elizabeth House in Flat Rock on Thursday, June 25, 2020, after a period of declining health.

She is survived by her husband of 69 years, Don, as well as their three children: Renée Park (Fred), Leslie Harpster (George), and Pressley McCorkle. A loving mother and devoted wife, she also delighted in her grandchildren: Jennifer Park Croft, Emily Harpster, Drew Harpster, Sasha McCorkle, and Trey McCorkle. She was a great-grandmother to Khadyn Bible and Kairi Harpster. Her several nieces and nephews all have vivid memories of their “Aunt Peggy”.

Peggy lived most of her married life in Burlington, North Carolina, where she was extremely involved in volunteering for the hospital auxiliary. She served as president of the auxiliary board and was active in the North Carolina governing board of that body. A long-time member of Macedonia Lutheran Church, she worked for many years with the Weekday Church School there. A voracious reader, her sharp mind and quick wit were appreciated by all who knew her. She was a fierce supporter of her family, but she demanded respect and expected a certain level of good behavior. The infamous “flip flop” was proof of that.

After moving to Arden three years ago, Peggy’s world became smaller, but continued to revolve around Don and the rest of her family. She and Don settled into Trinity View Retirement Community and enjoyed the new friendships they made there. She faced many health challenges this past year, and the family is grateful to all the health care heroes who helped ease her pain, especially the wonderful nurses at Elizabeth House.

No service is planned at this time.

In lieu of flowers, memorial contributions in Peggy’s memory may be made to 4 Seasons Hospice/Elizabeth House, 571 S. Allen Rd., Flat Rock, NC 28731.