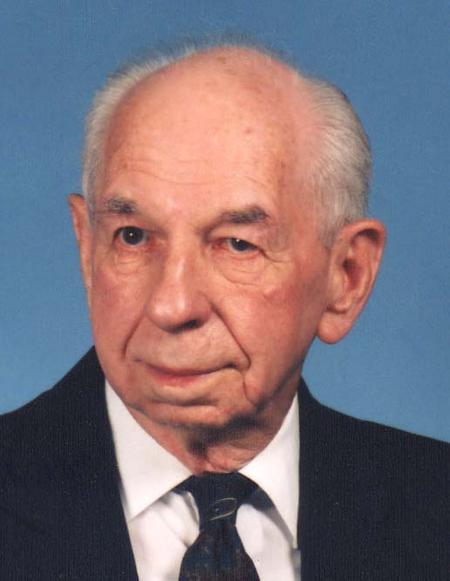 Perry R. Mallonee, 93, of 34 Queen Road, Candler, died Sunday, July 11, 2004. Mr. Mallonee was born in Buncombe County and was a son of the late William Thomas Clendennon Mallonee and Myrtle Eva Gaston Mallonee. He was a graduate of Candler High School and for a short time co-owned and operated with his brother George a grocery store in Candler. During WW II he served with the US Navy as a Seabee in the South Pacific. He was retired from Gerber Products and was an active member and the oldest member of Montmorenci United Methodist Church where he was a member of the Methodist Men. He played the tenor banjo with the Pisgah amblers, the group that backed up the Pisgah View Ranch Square Dance Team. He was also an avid hunter and fisherman. He is survived by his wife, Frances Hall Mallonee; a daughter Janet Baker and her husband Dan of Beltsville, MD; three grandsons Matthew Baker, Thomas Baker and Joseph Baker; and a brother Gaston Mallonee of High Point. Funeral services will be at 2:00 pm Wednesday at Montmorenci United Methodist Church with the Rev. Daniel J. Lyons and Justin Gilreath officiating. Burial will be in the church cemetery. His family will receive friends from 1:00 - 2:00 p.m. Wednesday at the church. Memorials may be made to Montmorenci United Methodist Church, PO Box 610, Candler, NC 28715.