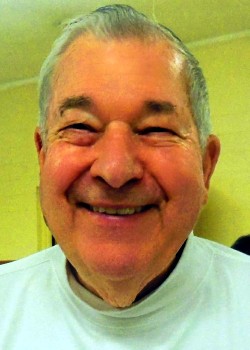 Philip Royal Penland, beloved by many, passed away peacefully in his home on August 6, 2022, at the age of 97.

The middle child of seven, Philip was born August 9, 1924, in Hayesville, NC to James and Iola (née Phillips) Penland. Philip often reminisced about his carefree, enchanted life growing up in this rural, mountain community, often remarking that while he later came to realize his family was poor, he felt rich with support and love from not only his extended family, but the community as well. When he was in his early teens, his family moved to Asheville in order for his father to pursue a career as a state rehabilitation counselor. Although Philip lived in Asheville for the next 85 years, Hayesville is where his heart would always reside.

Philip met the love of his life, Lucille Bishop, at Venable High School in Asheville. They were later married in 1945 before moving to Chapel Hill for college. Their loving relationship spanned 48 years until her death in 1993.

Philip earned a BS in Marketing from UNC-Chapel Hill in 1947. Upon graduation, he and Lucille moved back to Asheville where Philip worked in several positions. However, in 1956 he was able to fulfill his life’s goal of helping others, especially those discriminated against and marginalized, when he was hired by the NC Employment Security Commission, where he held the positions of counselor, Asheville office manager, and Western NC area supervisor. During his years with the employment office, he served as chairman of the Equal Opportunity Commission and the Blue Ridge Easter Seal Society. Additionally, Philip served on the Governor’s Committee on Employment of the Handicapped during two administrations and was permanent co-chair of the Mayor’s Committee on Employment of the Handicapped. In 1962, he served on the board that established the Flynn House, a halfway home for those recovering from addiction. In 1967, he also served on the board that reimagined the Vanderbilt Hotel into affordable housing for the elderly. Philip worked to find employment for returning Vietnam War veterans and to coordinate employment for migrant workers in this community and as they moved to other areas on the east coast.

After retirement from the Employment Security Commission and the death of his wife, Philip continued to follow his lifelong passion of service to others. He began a new journey, alongside best friends Richard and Doris Roberson, to improve and expand Truett Baptist Camp in Hayesville. He assisted with the building, landscaping, funding, and, by all accounts, was a first rate “gofer.” Philip’s commitment to others continued into his 80’s when he noticed an influx of Spanish speakers in the area, so he set about learning Spanish; he wanted new arrivals to feel the same welcome he felt from the Asheville community.

He was a master storyteller and delighted others with his wit and charm. And who could forget his twinkling eyes and shiny cheeks when he laughed? His children, Terry and Steve, remember growing up dazzled by his candy-making skills; peanut brittle, fudge, and divinity were his specialties. And before Baskin Robbins, Philip found joy in creating legendary concoctions of ice cream with candy, syrup, peanut butter, and even saltine crackers. His love of sweets was equally matched by his passion for flowers; he would spend hours growing rhododendrons in his backyard greenhouse.

Philip was a kind and gentle person whose compassion and acceptance of others made a significant difference in the lives he touched. His faith in God and fellow human beings inspired hope and brought out the best in all of us. While Philip maintained a membership at West Asheville Baptist Church, he found a home at Acton Methodist Church where he was surrounded by people he loved and who loved him.

Philip, a humble man, would find the above public accolades and listings of his accomplishments and contributions somewhat unnecessary. Instead, he would want to thank people in the community who welcomed him for years with open arms and treated him in a manner befitting his middle name: Jimmy Papakonstantinou and the staff at Apollo Flame Bistro, the staff at B and B Pharmacy, Victor and Irma Gamez at Irma’s Produce in Old Fort, Rhonda Babcock and staff at Phillips and Schmitt’s Dental, speech therapist extraordinaire Melissa Moffitt, the Pisgah Valley Rehabilitation and Wellness Centers’ wonder women: Kelly Durand, Robin Dukes, Abby Landry, and Christinè Romera. The family would also like to thank Sarah McKinney who lovingly took care of Philip in his final days. Philip would want us all to hold in highest regard these small moments of kindness in the world, the day to day genuine interactions with others and, perhaps, his last wish would be for each of us to go out into the world and sow seeds of love, kindness, and compassion.

Services will be held on Saturday, August 13, 2022, at Groce Funeral Home, 1401 Patton Ave. Visitation will be an hour before the 11:00 am service with the graveside ceremony to follow at Green Hills Cemetery. The family is mindful that there may be people in attendance with health concerns and request that attendees wear a mask please.

In lieu of flowers, contributions may be made to Truett Conference Center & Camp, earmarked for scholarships, 177 Truett Lane, Hayesville, NC 28904.