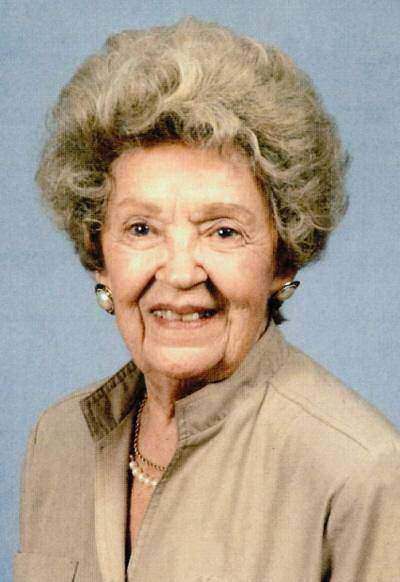 Asheville – Ruby “Polly” Burton Bailes, 99, of the Deerfield Community, died Friday, June 15, 2007. Born February 25, 1908, in Bald Creek in Yancey County, she was the daughter of the late Robert Cecil Burton and Ida May Proffitt Burton. She was also preceded in death by her husband, William G. Bailes in 1961, her twin sister, Ruth Burton Wallen, older sister, Mary Cecil Burton Severs and her younger brother, Harold Proffitt Burton. Polly attended Tusculum College in Greeneville, Tenn. and taught grade school briefly in Yancey County prior to her marriage to William G. Bailes, Sr. in 1936. She relocated to New York City for 20 years and again to Rockford, Illinois, in 1959. Upon her husband’s death in 1961, she continued her education, receiving her Bachelors Degree in Education from Pestalaza Frabel College, Chicago, Illinois and later received a Masters Degree in Education from Rockford College, Rockford, Illinois. She taught school in Loves Park, Illinois for over 20 years and after retirement relocated to Asheville, residing first on Kimberly Avenue and later in the Deerfield Episcopal Retirement Community. She is survived by her son, William G. Bailes, Jr. of Chicago, Illinois; four grandchildren, Susanne Bailes Novak, Daniel, Brandon and William Bailes; two great-grandchildren, Sarah and Karl Novak; one sister, Myrah Fay Burton Howell of Bald Creek and many nieces and nephews. A funeral service will be held at 10:30 AM Thursday, June 21, in the chapel of Groce Funeral Home at Lake Julian conducted by the Reverend Morgan Gardner. Interment will follow in Riverside Cemetery. Her family will receive friends from 4:30 pm until 7:30 pm Wednesday at the funeral home on Long Shoals Road. In lieu of flowers, memorials may be made to the Residency Fund of Deerfield, 1617 Hendersonville Road, Asheville, NC 28803.