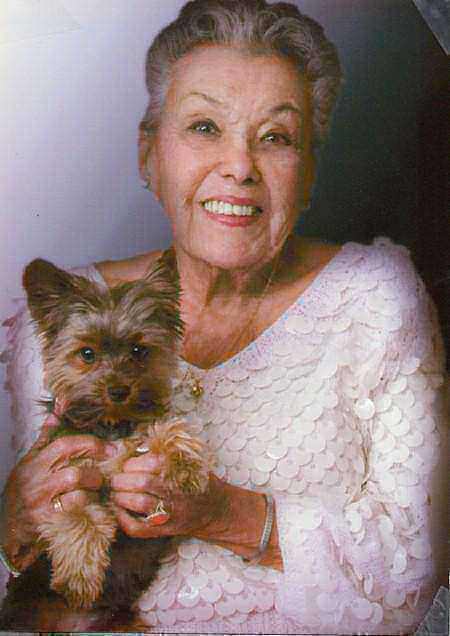 Quita Brazil Foster passed away at the age of 90 at her home in Asheville on December 21, 2012. She was born November 16, 1922, in New York. She resided most of her life in Milton, Massachusetts. She divided her time between Milton and Sun City Florida and then Asheville and Sun City. In 2003, she moved full time to Asheville. Onstage since the age of two, Quita performed for the USO throughout the Pacific Theater during World War II. After the war she continued performing nights, surviving the infamous Cocoanut Grove fire of November 28, 1942. She performed with many of the leading entertainers of the day including Jackie Gleason, Sophie Tucker and the Nuts Brothers. By day, Quita broke barriers, becoming the first female building contractor in Boston (possibly in the US), specializing in houses designed with the woman in mind. Her success led Quita to be the first and only woman in the Boston Chapter of the National Association of Homebuilders in the 1950's. Quita was a member of Today's Book Club, Harvest House, The Red Hat Society, Wild Bodema Women's Drumming Group, and continued to be active all her life, singing and performing whenever possible. She was also an avid bridge player and a skilled knitter. Quita is survived by her daughter, Lita Perkins, her son-in-law, John Perkins, and grandson, Scott Perkins, all of Asheville and grandson Shane Perkins of Chico, CA. A Funeral Mass will be celebrated Friday, December 28th, with the viewing at the Basilica of Saint Lawrence, D.M. from 1:00 to 2:00 p.m., and the Mass beginning at 2:00 p.m. The Rev. Fr. C. Morris Boyd, D.Min. will officiate. A Celebration of Life Party will be held at Bella Vista, 55 Piney Mountain Dr. 2:00 to 5:00 p.m. on Saturday, December 29th. Quita's friends at the Bella Vista Retirement Community of Asheville heard her sing "My Way," during an afternoon gathering a few weeks before her death. They were very touched to hear her sing a song that she had clearly lived. In lieu of flowers the family requests donations in her name to the Humane Society.