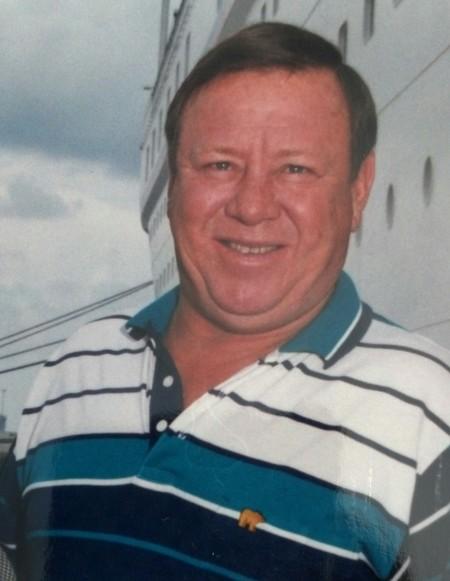 Randy passed away quietly Thursday, August 15, 2013 at the VA Hospice Center surrounded by his wife and children. A native of Akron, Ohio, he was son of the late Milford Charles and Lillian Arleen Bowman Tissot. Randy began his racing career at the age of 16, driving a Street Stock at Hollywood Speedway in Hollywood Fla. in 1960. He worked at Tom Waterton's Garage where he learned mechanic and body work. The next couple of years he had numerous wins driving a Sportsman car and Late Model Stock car at South Florida tracks. In the summer of 1964 he moved to Alabama and competed in NASCAR Sportman races with the well know "Alabama Gang", of Bobby & Donnie Allison and Red Farmer, to be eligible to compete in the Daytona Permatex 300, in Feb. 1965. At the age of 20 he made the race and finished 10th. In 1965 his racing career had him traveling to Eua Gallie, Orlando and Palm Beach Speedways each week winning the Championship at Eua Gallie, Palm Beach and Orlando Speedways. He was drafted in August of 1966, and spend a year in Vietnam, as a Helicopter crew chief. He received 8 Air Medals, the 2nd thru the 10th, Oak Leaf Clusters during his year in Vietnam. After being discharged from the Army in 1968, he resumed his racing career and began driving for Billy Myers, again, competing at Fort Pierce Speedway and Palm Beach Fairgrounds. He was best known for driving the famous Flying "ZERO" for the Bean Pickers at Hialeah Speedway. Perry Jones, who hailed from Hendersonville, NC was one of the owners along with Gene Ingram. In 1972 Chuck Little and Randy formed Tilitco Enterprises and ran NASCAR Grand National( what is now know as Sprint Cup) in 1973, 1974 and 1975 on a limited schedule. He and his family along with the entire race team moved to Asheville in 1975 making the travel time to tracks much shorter. In 1976 they stepped down to the Sportsman division( now the Nationwide Division) and finished 5th in the point standings in 1977, running 85 races that year, from Florida to Maine. He and Jack Ingram traveled together during these two years and remain friends today. After retiring from touring he raced a few Sportsman races. The last one being at North Wilkesboro in 1981, where he sat on the pole and lead all 100 laps. He competed at Asheville Speedway during the next 5 years on occassion, until his son, Lee started his racing career at the age of 17, at Asheville Speedway. Randy operated a garage in Avery's Creek after retiring. Surviving is his wife, Patricia Carpinelli Tissot; a daughter, Nicole Leigh Tissot of Huntersville; a son, Lee Randall Tissot and his wife, Jodie and their children, Emma Lee and Addison Lee Tissot. He is also survived by two brothers, Wayne A. Tissot and his wife, Janice and their son, Allen of Graham, N.C. and by Bruce C. Tissot and his wife, Kathy of Palm Beach and their daughters, Michelle Tissot Marchese and Melissa Tissot and their children, A.J. and Alissa. Graveside services for Randy will be held at 10:00 a.m. Monday, August 19, 2013 at Shepherd Memorial Park with the Reverend Roger Rearden officiating. The NC National Guard will perform military honors. The family will receive friends from 2:00-4:00 p.m. Sunday at Groce Funeral Home at Lake Julian. The family request that memorials be made to the Valor Hospice Unit c/o Charles A. George Medical Center 1100 Tunnel Road Asheville, N.C. 28805.