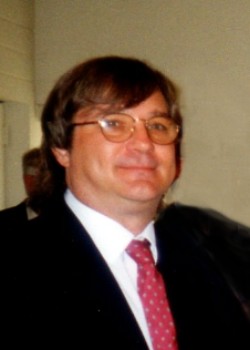 Randy Scott Ernst, 57, of Asheville, passed away Wednesday, September 21, 2011 at Stone Creek Health Care Center after a long and courageous battle with cancer. Randy was born November 19, 1953 in Pontiac, Michigan. He was the son of Jean Spivey Ernst and the late Don D. Ernst of Asheville. In addition to his mother he is survived by his brothers Larry Ernst of Winter Springs, Fla., and Ron Ernst of Jacksonville, Fla. Also survived by a niece and nephew and many close friends who have been supportive during his illness. Randy was a 1972 graduate of Erwin High School and attended UNCA and Western Carolina University. He was a disc jockey for several area radio stations and a 38 year employee of The Fuller Brush Company where he was the regional leader in sales for 8 years. He loved his Fuller Brush customers and served all of Western NC. He was affectionately known as the "Fuller Brush Man". Randy loved music, sports, trivia pursuit, and was a passionate fan of the North Carolina Tarheels. A memorial service will be held at 3:00 p.m. Sunday, September 25, 2011, at Calvary Baptist Church on Haywood Rd. The family will receive friends immediately following the service. In lieu of flowers, memorials may be made to the Elizabeth House, 581 South Allen Rd., Flat Rock, NC 28731.