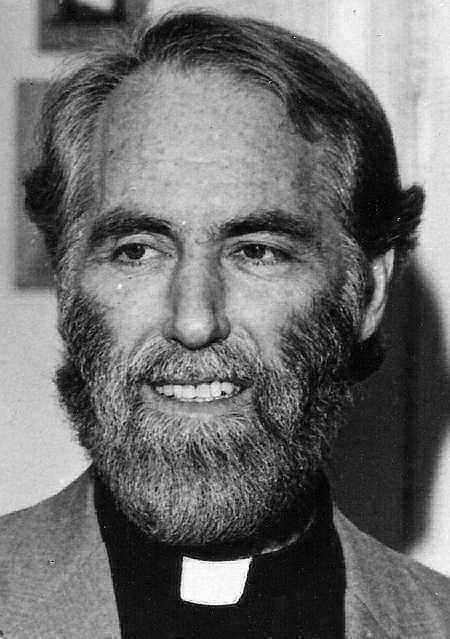 The Reverend Father George Anthony Maloney, 80, died Tuesday, July 19, 2005, at the home of John Michael Zboyovski II, 114 Challedon Drive, Candler. The Reverend Father John Sr., and Pani Cynthia Zboyovski were present at Fr. Maloney’s falling asleep in the Lord. Father Maloney was born in Green Bay, WI and the son of the late George J. and Catherine Karbowski Maloney. He was a former Jesuit priest, and more recently a priest in the Eastern Orthodox Church assigned to SS Joseph and Andrew Orthodox Church and the retreat ministry of Stillpoint Contemplative Ministries in Candler, North Carolina. He was ordained in Rome as a priest of the Russian Byzantine Rite April 18, 1957, and earned a doctorate in Oriental Theology June 21, 1962, summa cum laude from the Pontifical Institute, Rome. Fr. Maloney was founder/director of the John XXIII Institute for Eastern Christian Studies at Fordham University, where he taught Oriental theology and spirituality on the master and octoral levels. In 1965, he launched an ecumenical journal, Diakonia, to promote dialogue between Orthodox Christians and Roman Catholics, and served as editor of all the Eastern articles for the New Catholic Encyclopedia. A Jesuit, fluent in seven languages, including Russian and Greek, he had traveled extensively throughout Europe, in Russia, Greece, Egypt, Lebanon, Jordan, Israel and Turkey, as well as spending two summers on Mt. Athos (The Holy Mountain) in an attempt to meet the Eastern Christian groups and to understand their religious background. Fr. Maloney was an internationally known Director of Contemplative Ministries, Seal Beach, CA, and had established himself as a noted retreat director. A passionate and renowned author, he had published over 80 books, journals and articles, translated into numerous languages, on theology, true prayer, and Eastern Christian Spirituality for Western Christians. He is survived by a sister, Joyce Oldenburg and three brothers, General Emmons S. Maloney (USA, Ret.), Clayton Maloney and Denis Maloney. He was preceded in death by a brother Vernis J. Maloney. An evening memorial service will be held at 7:00 p.m. Thursday at Holy Trinity Greek Orthodox Church in Asheville. The funeral service will be conducted by His Eminence, The Most Reverend Metropolitan NICHOLAS of Amissos (The American Carpatho-Russian Orthodox Diocese of the U.S.A.), an ECUMENICAL PATRIARCHATE OF CONSTANTINOPLE, at 9:30 a.m. Friday at the Holy Trinity Greek Orthodox Church. Burial will follow in the cemetery of SS Joseph and Andrew Eastern Orthodox Church, Candler. The Reverend Father John M. Zboyovski, the Reverend Father Mark Tyson, and the Reverend Father Robert Buczak will assist. In lieu of flowers, memorials may be made to SS Joseph and Andrew Eastern Orthodox Church, 818 Monte Vista Road, Candler, NC 28715. The memorials will be used for the writing of an Icon of the Great Martyr, Saint George.