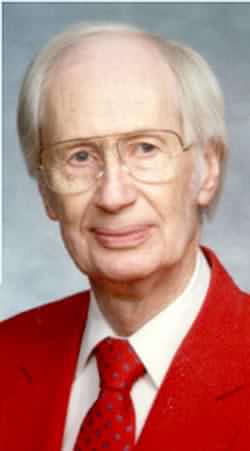 Mr. Jacks was born in Iredell County and was a son of the late William Marshall and Ethel Andrews Jacks. He was also preceded in death by his first wife, Miriam Wilson Jacks who died May 17, 1997.

He was a graduate of High Point College and Candler School of Theology at Emory University in Atlanta. He was a former school teacher in Iredell and Forsyth counties and was also a former employee of the NC Employment Security Commission. After that he worked with the NC Division of the Christian Rural Overseas Program and was a member of the WNC Conference of the United Methodist Church. He served various churches in the conference and was Pastor Emeritus of Leicester United Methodist Church. He also served on the Burnsville Town Council.

Funeral services will be at 11:00 am Thursday on the Patton Avenue chapel of Groce Funeral Home with the Revs. Oscar Dowdle and Richard Patzfahl and the Rev. Dr. Neil Haynes officiating.

Graveside rites will be at 3:00 pm Thursday at Tabor Presbyterian Church Cemetery near Statesville.

His family will receive friends from 10 - 11 am Thursday at the funeral home and request that memorials be made to Soaring Eagle Indian College, PO Drawer 879, Billings, MT 59105, or to Leicester United Methodist Church, PO Box 64, Leicester, NC 28748.