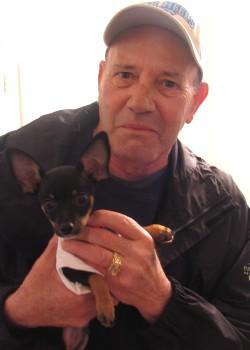 Richard Wayne Walker, 73, of Killian Rd., Asheville, died Wednesday, July 27, 2012, at Peninsula Regional Medical Center in Salisbury, Maryland, where he was living with his daughter for the past 4 years. A native of Buncombe Co., he was a son of the late Cline Lewis and Jessie Redmon Walker. He was also preceded in death by his wife, Claudette Walker. Mr. Walker was retired from American Enka. He was a charter member of the Lt. Col. Felix Walker Chapter of the Sons of the American Revolution. He is survived by a daughter, Karen Rhoades and her husband, Randy; a son, Richard "Rick" Walker, Jr., and his wife, Diane; grandchildren Ryan Patrick Walker and his wife, Stephanie, Lauren Leigh Walker, and Courtney Anna Rhoades; and great-grandson Jason Thomas Walker. A funeral service will be held at 1:00 p.m. Saturday in the Patton Ave. chapel of Groce Funeral Home, with the Revs. Louis Gibson and Daniel Reese officiating. Interment will follow at Lewis Memorial Park. His family will receive friends one hour prior to the service.