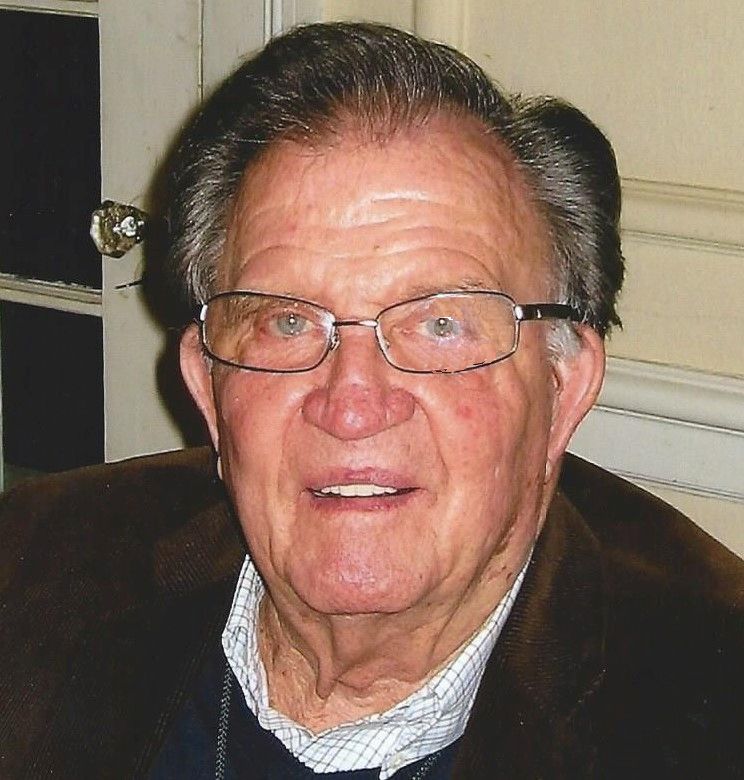 Robert Copeland Hunter (Bob) died on August 27, 2020 at the age of 93. A member of ‘the greatest generation,” he lived a long and successful life, frequently saying, “The Lord has been very good to me.” He had been in declining health for the last several months and after contracting COVID- 19 in a care facility, passed away in a local hospital.

Bob was born in Louisville, KY on June 18, 1927, the youngest of four sons, to Minnie Bowyer Hunter and Thomas Dunlap Hunter. After the family moved to Asheville, NC, he attended Lee Edwards High School before graduating with a degree from Bob Jones University, where he met and married the love of his life, Virginia James (who shares the same birthday).

Following his father into the automobile business, Bob became a highly respected and successful Asheville businessman as the owner of Parkland Corporation. He also held ownership interests in Hunter & Hunter Partners, LLC and South Asheville Hotel Associates, LLC. Along the way, he served his community as President of the Chamber of Commerce and as a board member of the Salvation Army, the WNC Rescue Mission, and multiple bank and hospital boards. He was a Founding Member of Arden Presbyterian Church and served on the boards of Montreat College, Mars Hill University, and Toccoa Falls College.

Bob had a caring personality, was easy to carry on a conversation, and made friends everywhere he went. He loved golf and developed many close friendships through his passion both in Asheville as a member of Biltmore Forest Country Club and his winter home in Florida. Bob had a generous heart, always picking up the check at dinner, providing rental cars or buying cars for people in need, even volunteering to mentor young people needing better life financial skills. He also contributed generously to multiple worthy charities.

Above all, Bob was a man of deep faith and devotion to family and friends. After his beloved wife Ginny was institutionalized for Alzheimer’s Disease, he visited her every day and personally watched over her care until poor health and COVID-19 kept him away. Bob loved his children, his grandchildren, and his great grandchildren, and they loved him. He was so proud to be a part of their lives and supported them in every way possible. Bob was a wonderful husband, father, grandfather, and great grandfather who inspired everyone around him with his ethical values—humility, hard work, compassion—his wisdom, and his faith. He fiercely lived independently with the help of his devoted caregivers until just a few weeks before his death. Even on very warm days, he would insist on having a fire going in his den as he would read the newspaper or sleep in his favorite chair. His family visited often and on extra special occasions, would be treated with a fascinating story from his life—like the one from his boyhood when, during World War II, German POW’s were used as laborers on his father’s farm or the time he, as a young auto dealer, tried to teach Carl Sandburg to drive a car. Bob will be deeply missed by his family and friends.

Services will be private.

In lieu of flowers, the family requests that donations be made to: COVID-19 Relief, American Red Cross, or the charity of your choice.