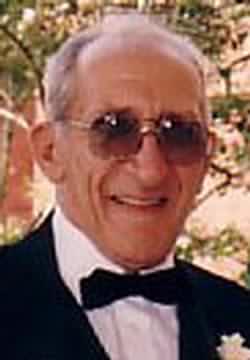 Robert Earl Banks, 74, of 60 Ormond Avenue, Asheville, died Friday, September 5, 2003, at Hospice Solace Center. A native of Buncombe County, he was a son of the late Robert Ernest and Hattie Wild Banks. He was a member of Edgewood Baptist Church where he was a member of the Men’s Bible Class and the ABCCM Food Coordinator. He was a past Master of West Asheville Masonic Lodge #665, a member of VFW Post 891, a member of the Scottish Rite and a US Navy Veteran. Mr. Banks is survived by his wife of 53 years, Barbara Goforth Banks; a daughter, Deborah Van Slyke and her husband Bill of Asheville; two sons, Robert David Banks and his wife Cheryl and Richard Allan Banks and his wife Peggy, all of Memphis, TN; two sisters, Millie Ann Banks of Old Fort and Josephine Epley of Marion; a brother, Frank Banks and his wife Judy of Old Fort; thirteen grandchildren and ten great-grandchildren. Funeral services will be 2:00 pm Monday at Edgewood Baptist Church with the Revs. Charles Shelton and Dr. Ronnie Owen officiating. Burial will follow in the church cemetery with Masonic Rites by the West Asheville Masonic Lodge and Military Rites by the Buncombe County Veterans Council Memorial Team. His family will receive friends from 3:00-5:00 pm Sunday at Groce Funeral Home on Patton Avenue. In lieu of flowers, memorials may be made to Mountain Area Hospice, PO Box PO Box 25338, Asheville, NC 28813.