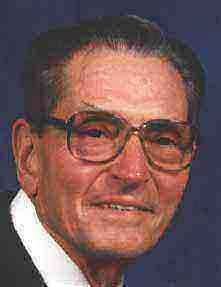 Asheville ~ Robert Edward Smith, 83, of 1325 Hendersonville Road, died on Monday, March 21, 2005 in a local healthcare facility. Mr. Smith was the son of the late William McKinney Smith, Sr. and Molleta Buckner Smith. He served in the U.S. Air Force during WW II and worked for over 40 years with Merchant Construction Company which later became Price Ray Construction as a master cabinet maker. He was a member of Biltmore Baptist Church for over 50 years and was also a member of the Men’s Golden Rule Sunday School Class. He was a devoted husband and father and a genuine friend to all who knew him. He is survived by his wife of 53 years, Martha Frady Smith of Asheville; son, Steve Smith of Roanoke, VA; four brothers, William Smith, Jr. of Greenville, NC, George Smith of West Columbia, SC, Charles and Louis Smith both of Asheville. A funeral service will be held 2:00 P.M. Thursday in the chapel of Groce Funeral Home at Lake Julian on Long Shoals Road with the Rev. Dr. James Walker officiating. Burial will follow in New Salem Cemetery. The family will receive friends one hour prior to the service at the funeral home. Flowers will be accepted or memorials may be made to the Alzheimer's Association ~ Western Carolina Chapter, 31 College Place, Suite D320 Asheville, NC 28801-2644.