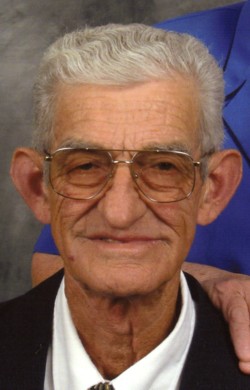 Rev. Robert Justice, Jr., 74, of 18 Round Hill Dr., Leicester, left this Earthly home to go to his Heavenly home, Saturday, November 24, 2007, at his residence following a long illness. Mr. Justice was born in Haywood Co., but lived in Buncombe Co. for most of his life. He was a son of the late Robert Justice, Sr., and Artie Mae Spiegal. He was also preceded in death by his brothers, Thomas, Carl, Charles, and George Justice. An avid hunter and trout fisherman, Mr. Justice was a retired tobacco and dairy farmer. He was a member of the Dairyman’s Association. He had also been an ordained minister, and was a former pastor of Easter Gap Church. He was a member of South Turkey Creek Missionary Baptist Church. He and his wife, Mae, served as foster parents for 35 years, and for more than 100 children. They were honored in the Great American Family Program. Mr. Justice is survived by his wife of 53 years, Mae Caldwell Justice; daughters, Linda Webb and husband Jim, of Leicester, and Charlene Monroe, of Mississippi; sons, Randy Justice and wife Cathy, of Leicester, Mike Justice and wife Wendy, of Clyde, and John Justice and wife Kay, of Leicester; sisters, Fannie Wells, of Canton, Bonnie Woodard, of Waynesville, and Hattie Philbeck, of Newport, TN; brothers, Hugh and Marion Justice and wife Mabel, both of Canton; sisters-in-law, Dorothy Justice and Annie Justice, both of Canton, and Flora Justice, of Leicester; 16 grandchildren, including very special grandchildren, Daniel Justice and Katie Justice; eight great-grandchildren; numerous foster children, including Gary Parham, Wayne Warren, R.D. Chandler, and Jim and Jeremiah Metcalf; life-long friend, Frank West; special extended family, C.D. and Judy Grindstaff; and lots of nieces and nephews. A funeral service will be at 2:00 p.m. Tuesday at the Groce Funeral Home chapel on Patton Ave. with the Revs. Furman Wilson and Phil Willett officiating. Interment will follow at Forest Lawn Memorial Park. Serving as pallbearers will be C.D. Grindstaff, Eric Grindstaff, David Justice, Daniel Justice, Roger Justice, Wayne Justice, Billy Clark, and Weston Justice. Serving as honorary pallbearers will be Terry Justice, Benny Justice, and Danny Justice, and serving as alternate pallbearers will be Jose Valladares and Lionel Sawyer. His family will receive friends 6:00 to 9:00 p.m. Monday at the funeral home, and at other times at their residence.