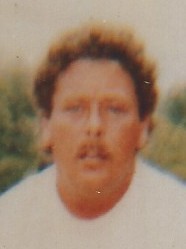 Robert Louis King, 59, died unexpectedly Friday, March 18, 2016. A native of Asheville, he was a son of the late Robert Curtis and Ruth Elizabeth Calhoun King and was also preceded in death by sons, Timothy King and Chad King. He was active in produce sales and also worked as a truck driver. Surviving are his son, Robert King, Jr., sister Diana Perez (Genaro); and brothers Gary King, Randy King and David King. Funeral services will be at 3:00 p.m. Monday in the Patton Avenue chapel of Groce Funeral Home with the Rev. Jimmy Page officiating. Burial will follow at Forest Lawn Memorial Park. The family will receive friends at the funeral home one hour prior to the service. In lieu of flowers, donations may be made to Groce Funeral Home to assist with expenses.