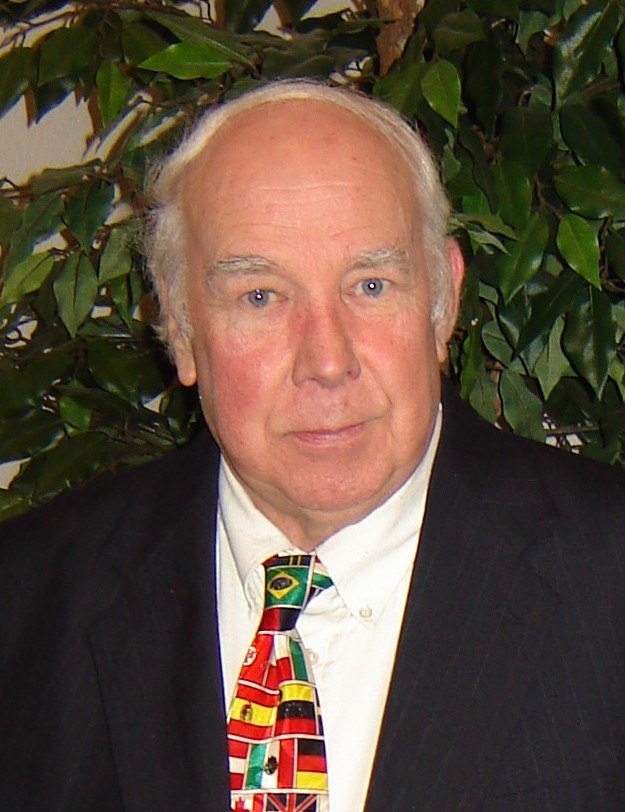 Born in: Indianapolis, IN
Resided in: Arden, NC

During his 83 years he was a missionary, a bookstore proprietor, a pastor, a traveling public speaker, a radio show host, a professor at a college, a book publisher, a director of a printing press, the director of Revival Literature, Global Baptist Missions, The Russian Bible Society, and the Global Bible Society, a husband, a father and grandfather. Bob was born in 1938 in Indianapolis, Indiana. His mother, Katie Mae (Vinson) Doom Western Kentucky and father, Orion Goble (OG) Doom of Western Kentucky eloped to Indiana before Bob was born, and he would spend most of his formative years in Martinsville, Indiana.

After graduating from Martinsville High School, in 1956 Bob attended Bob Jones University in Greenville, SC and later graduated from there in 1961. It was there he met his future wife Sheila Stewart Doom, of St. Leonards-on-Sea, East Sussex, England. Upon graduation, he headed to Berwick-upon-Tweed, England on the borders as a missionary at the Bridge Street Mission. Bob and Sheila were married in 1963 and spend the next 12 years as missionaries in Scotland. While in Scotland Bob pastored the Bellevue Baptist Church in Edinburgh where he also owned the Christian Bookshop. In 1975 they left their home and Christian bookstore in Edinburgh, Scotland and moved to Asheville, NC where Bob would assume the leadership of three ministries for his ailing father-in-law, James Alexander Stewart.

Over the next 46 years Bob traveled with his wife to countless countries and states ministering to people around the world. He owned the Christian Bookshop, on Haywood Road in Asheville for over 30 years. In 1982, Bob answered the call to pastor the Grace Fellowship Baptist church in Arden, NC. He still ran the other ministries while being a pastor. He would retire from being a pastor in 2001 to focus on those other ministries until his death.

Bob Doom had a tremendous vision for the world, and he never thought small. Between Revival Literature, The Russian Bible Society and the Global Bible Society, he had Bibles and religious literature translated and/or distributed in 76 different languages. He believed that people should read in the language of their heart. Here in the US, he worked to preserve the Cherokee, Choctaw and Comanche languages by reprinting dictionaries, hymn books and New Testaments in those languages.

Across the world, he was personally active with ministries in Malawi, Egypt, India, the Republic of Georgia, Russia, Latvia, Estonia, Ukraine and Kazakhstan. He maintained an active prison ministry for the last 30 years.

Bob and Sheila Doom were married for 54 years until her passing on January 3rd, 2018. Upon her passing he threw himself into these ministries until his death. He always said he would rather burn out instead of fizzle out, and he was able to attend to his passion for ministry until his very last week on this earth.

Bob Doom was a force of nature who was quick with a joke, generous with help and charity, sacrificial of himself, humble and always ready with wise counsel. He sang with gusto though rarely in tune. He loved his God, his family, his ministry and his work above all else. Spending time with his grandchildren was his favorite hobby. He lived each day with passion and boundless energy. The effects of his passing and the sudden cessation of his legendary work output will be felt around the world.

The family will receive visitors at Trinity Baptist Church on Shelburne Rd. on Saturday, December 4th at 1:00 PM, followed by the funeral at 2:00. Burial will follow in Pisgah View Memorial Park.

In lieu of flowers donation gifts can be sent to Global Baptist Mission, PO Box 505, Skyland, NC 28776 for ongoing ministries. He requested that his funeral be a joyous celebration instead of a solemn affair.