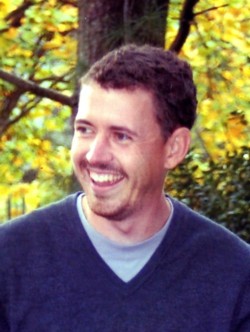 Robert Sackett Paton, of Leicester, was born on September 11, 1976, in Honolulu, HI, and died on July 1, 2009, at his home. Robert lived a very Fortunate Life in his 32 years. He was the third child of Captain, USN (Ret) Albert and Carol Paton. He spent the first 15 years of his life living in 7 different cities, including Naples, Italy. He loved to run and was on the track and cross country teams in middle school and high school. He became a marathon runner and Iron Man Triathlete in his young adult years. For the past 6 years, Robert and his wife have been in business with his brother-in-law, Kevin, in the ownership of Zaxby's Restaurant franchise in the Raleigh area. Survivors include his wife, Amanda Feeny Paton and son, Robert Lucas Paton; parents, Albert and Carol Paton; 3 sisters, Holly Nelson, Heidi Peters and their families, and Heather Paton all of San Diego; grandparents, Robert and Harriett Sackett of St. Petersburg, FL. Robert's family also includes Amanda's parents, Rick and Chris Feeny of Leicester; her siblings, Kevin, Karin, Brian, and Susannah and families. All who knew Robert will remember his strength of character, his wonderful sense of humor, and his zest for life. He will also be remembered for his never wavering spirit and positive attitude in the face of his battle with melanoma. He was a living example of appreciating the gift of today: a legacy of hope and gratitude. A memorial service is planned for Monday, July 6, 2009, at 10:30 am at Jubilee Community Worship Center, 46 Wall Street, Asheville, with the Reverend Howard Hanger officiating. His family will receive friends from 10:00-10:30 am prior to the service. Donations may be made in Robert's name to Care Partners Hospice Memorial Fund, PO Box 25338, Asheville, NC 28813.