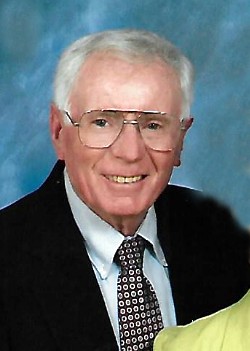 Born August 1, 1932 in Cherokee Co., NC, Robert was the son of the late WC and Emma Kate Pipes. He was also preceded in death by his sisters, AnnaBelle Elliott and Katherine Deal, and by his brothers, Edward and Eugene Pipes.

He worked for the US Postal Service, starting out in mobile transportation, then to clerk, supervisor, accountant, and finally retiring as Post Master in 1987.

Private family services will be held at the Western Carolina State Veteran’s Cemetery.

In lieu of flowers, the family requests donations be made to The WNC Bridge Foundation, in memory of Robert “Wayne” Pipes, 294 Overlook Rd., Asheville, NC 28803.