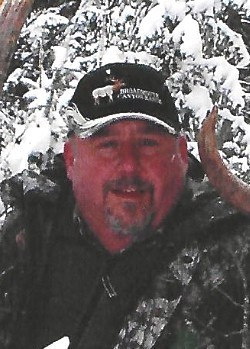 Roger Grant Morgan, 57, of Candler, died Saturday, June 3, 2017. A native of Buncombe Co., he was a son of Albert Grant Morgan and of the late Jeanette Hawkins Morgan. Roger was active with the Boy Scouts and was a graduate of Enka High School. He received a degree as a machinist from A-B Tech and was a former employee of Square D. Roger was a loving and faithful husband. He was an avid hunter, lover of the west, and retired from Discount Shoes as Boot Manager. He also co-owned, along with his sister and brother, Morgan Shoes and Bootery in Gastonia and was active with property and rental management in Buncombe County. In addition to his father, Mr. Morgan is survived by his wife, Christine Morgan; step-son, Duncan; sister, Pam Fortner (Boyce); brother, Doug Morgan (Teresa); niece, Kristen Morgan; and nephews, Tyler Fortner (Ashley) and Blake Fortner. He was blessed with many aunts, uncles, cousins, and friends. Funeral services will be held at 2:00 p.m. on Friday in the Patton Ave. chapel of Groce Funeral Home. Interment will follow at the New Morgan Hill Baptist Church Cemetery. The family will receive friends one hour prior to the service.